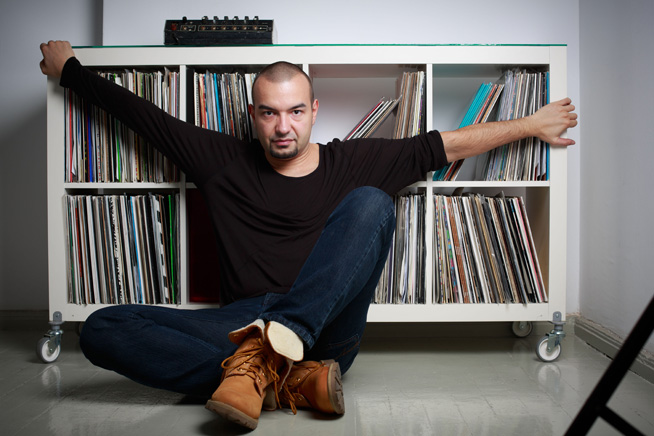 Overnight Hairstyles: Because There Is Life Outside The Hot Rollers

Over the years, KiNK has earned himself a reputation for being one of the world’s leading electronic music acts and has been ranked as one of the top live performers in the industry.

However, talking exclusively to Wunderground about his recent live show, when asked about his latest modular additions, he stated, “Yeah about that, I actually don’t really know what it does. To be honest, I haven’t a fucking clue what I’m doing half the time. I just press buttons and hope for the best.”

“Growing up in the Bulgarian mountains with my Momma and Pop Pop, I always dreamt of becoming a star. Originally, figure skating was my real passion. However the only ice around my area was the crystal meth being pushed by the local mafia, so I decided to focus on music.”

“My neighbour Bogdan was walking Stoichkov, his bear, one day and came across a shipment of synthesizers. He knocked on my door, and said he’d give me good price. At first, I told him to go fuck his mother but after haggling for a couple of hours and eventually agreeing a fee of 45 Lev, a night with my sister and sixteen partially used restaurant quality napkins, I got my first piece of studio standard equipment.”

“I basically just started pressing buttons until I liked some of the sounds it made and it all just went from there really. Luckily my career took off, and I just never bothered to learn how to use any of it properly”

KiNK will be taking his new live tour worldwide over the next few months. If you’ve never seen him, we highly recommend you catch one of his shows, particularly now that we know that he’s making the whole thing up as he goes along.