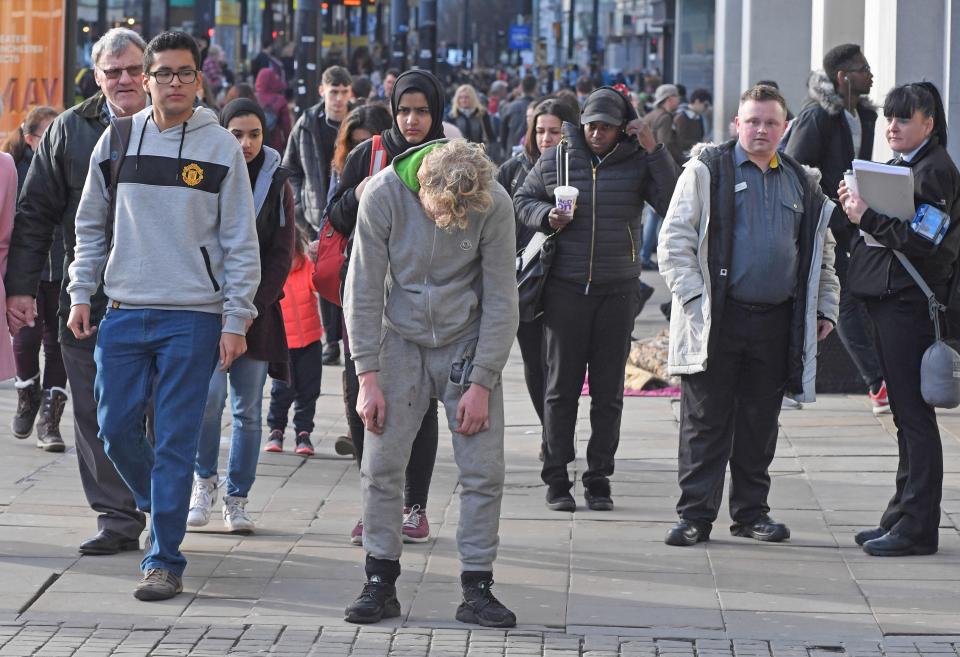 An Englishman who appeared to be a human statue street performer has been exposed as “some normal bloke” on ket.

According to witnesses, Mr Wilson was stuck in the same position for almost three-quarters of an hour, managing to make £4.29 in that time.

“I thought it was a bit weird,” claimed one onlooker. “He definitely seemed like one of those human statues you see on the internet but he was just wearing normal clothes, no shitty makeup or anything. There were a few people going up and touching him and stuff, I was half expecting him to hit one of them a slap, you know, like you see on the internet, but he didn’t budge at all.”

“I was thinking he was dead professional so I decided to go up a little bit closer to him for a better look,” continued the witness. “I got right up to him and that’s when I realised he wasn’t a street performer at all. He had drool all down his chin and a serious look of fear in his eye, like he was proper afraid he was gonna die or something.”

“It kinda freaked me out a little if I’m being honest, I had to go for a drink to settle my nerves afterward.”

Mr Wilson claims that while he may have been physically stuck in the one spot, mentally he was moving at over one million miles per hour.

“I was actually gone interstellar at the time when I was stuck on Hope Street,” he told us. “I went halfway around the galaxy, met E.T., who claimed he was God, then stopped by me mam’s for a cup of tea and, best of all, when I snapped out of it there was over four quid sitting on the ground in front of me. I’m practically getting paid to do ket.”

Experts have confirmed that despite looking like he was standing perfectly still, Mr Wilson was actually moving really, really, really slowly.