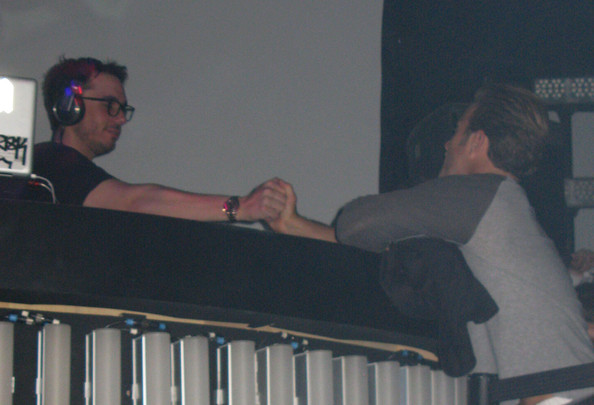 According to yet another needlessly nonsensical poll by DJ Mag, “I’m a DJ myself” has been voted the number one thing that people say to DJs.

The poll, which asked one thousand DJs what the public say to them before or after shows, was later voted number fifty three in the most pointless poll DJ Mag have ever done poll.

Wunderground spoke to Paradise resident Jamie Jones earlier, “I literally hear ‘I’m a DJ myself’ about four or five hundred times a week,” he told us. “Half of them are from the Martinez Brothers, I keep telling them that I know they’re DJs and they don’t need to keep telling me but they just don’t listen.”

“I usually try to avoid meeting normal people,” continued Jones. “But, when I do, the first thing they say is almost always ‘alright pal, I’m a DJ myself’, I really don’t get why. I often wonder do these same people tell taxi drivers that they drive cars too or, whenever they’re put for dinner, do they pop into the kitchen to let the chef know they do a bit of cooking in their spare time. The mind baffles.”

Man Uses Lockdown To Finally Get To Know His Kids

Steven Mayson, an average Joe Soap, also spoke to Wunderground, “So what’s this for?” he asked us. “Oh, I actually do a bit of blogging myself pal, as well as the DJing like. I’ll always tell other DJs that I’m a DJ myself. Letting other DJs now you’re a DJ is kind of part of being a DJ. We’re not like the non DJ folk so by telling each other we always know who’s a little bit special and who’s not.”

Other things that people commonly say to DJs include; “do you play requests?”, “do you have any good tunes?”, “what’s your real job?” and “can you get guest list?”.