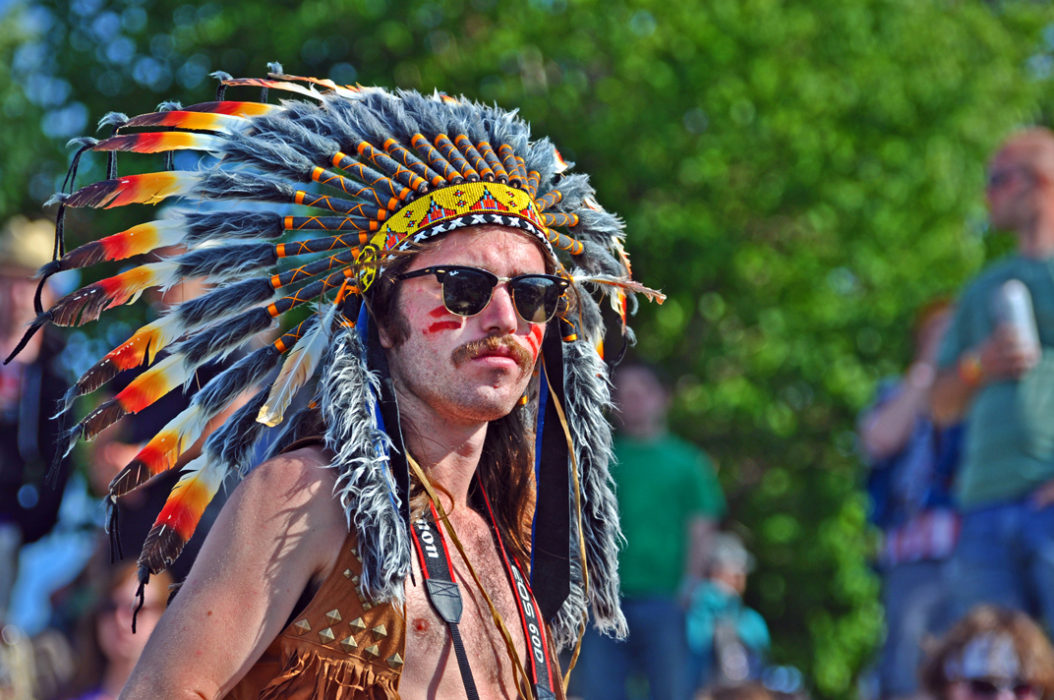 Festival attendees worried that they will have difficulty spotting dickheads at this summer’s many music events have today been told to keep on the lookout for people wearing Indian headdresses – a clear indicator of dickheadedness.

The Indian headdress has become the latest example of cultural appropriation by festival attending dickheads wishing to express their kooky and unique personalities following the likes of the fisherman’s hat, neon face paint and colourful sunglasses.

“Sometimes it can be quite difficult at a festival to tell who is a dickhead and who isn’t,” claimed festival guru Barney Ross, “unless they’re juggling, brought their guitar or are standing watching Mumford & Sons in which case you can be reasonably assured that their heads are of the dick variety.”

Describing the Indian headdress as “a simple to understand early warning system for dickheadery”, Barney claimed that anyone wearing them is unmistakably a dickhead, suggesting that it’s “basically the new straw Stetson, except worse”.

“You’ll usually find them eating an ostrich burger and obstructing people’s view of the stage while basking in the warmth of how utterly amazing they look,” continued Barney. “The sheer disparity between the headdress and the rest of their ‘outfit’ further marks them out as a dickhead and also serves to embarrass both them and the Native American culture they’re mimicking.”

Barney insisted however that the headdresses were a good thing and should be lauded by everyone as they signify immediately who is a dickhead so that “you can avoid their company, scoff loudly at them as they saunter by or else inform them frankly and honestly of their dickheadedness”.