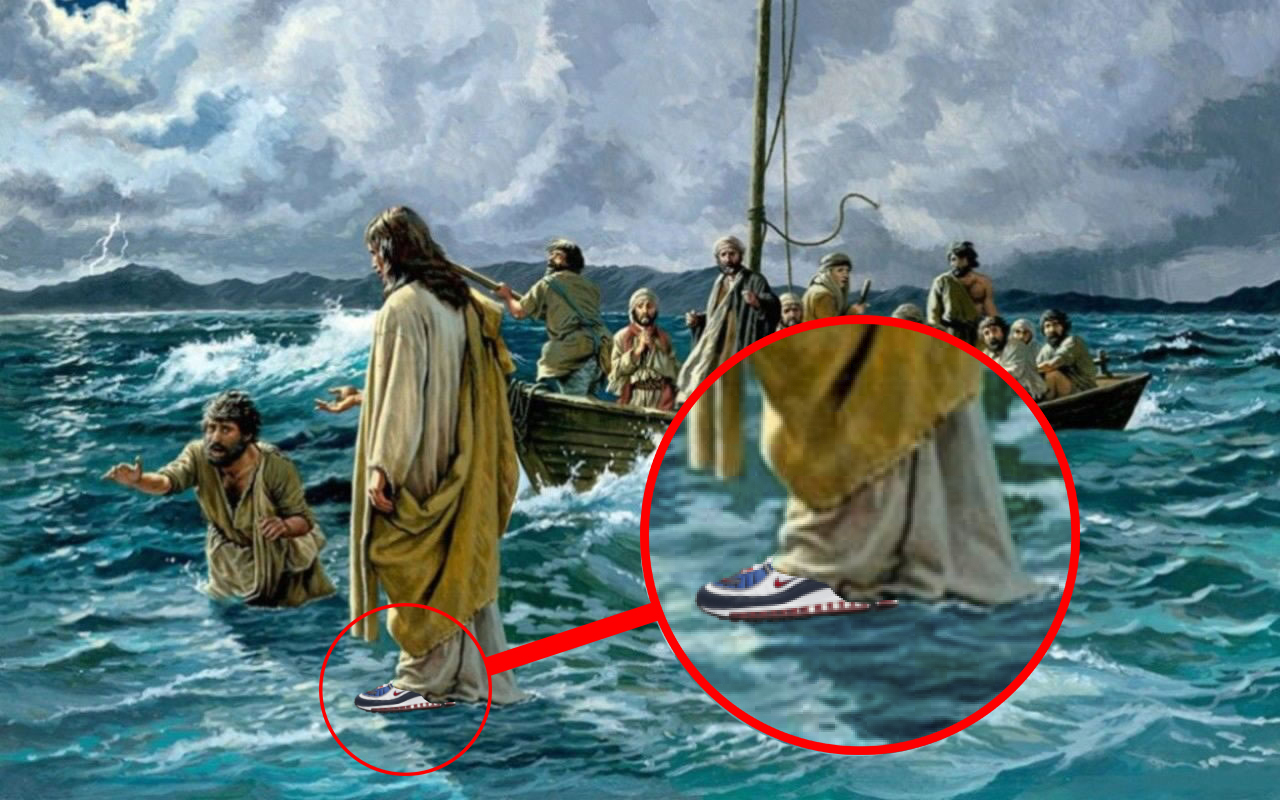 Matthew Lucas, one of the world’s leading bible historians, has claimed that Jesus Christ was “definitely wearing Air Max ‘97s” when he walked on water.

Lucas went onto claim that the biblical miracle was the world’s first instance of guerilla marketing and a huge PR stunt by the American sports brand.

“It’s only now, in the times of social media and viral content, that we can truly appreciate marketing stunts like this”, Lucas claimed earlier. “If Jesus walked on water in a pair of air Max ‘97s today, the whole world from Timbuktu to Guatemala would know about it by lunchtime.”

“But, back in the days before the Gregorian Calendar, in the year 97.3, when Jesus actually performed his marketing miracle, the chances of going viral were a lot smaller”, he continued. “If 200 people in Galilee had heard about it at the time, it would have been considered a success, and over the years it has become more well known, eventually going viral with the production of the King James Bible in the 17th century. It’s genius.”

According to a Nike spokesperson, anyone with Jesus’s exact body shape can use a pair of brand new Air Max ‘97s to walk on water.

“If you’re between 1.56 and 1.58 meters tall and 61 and 62 kg in weight, a pair of box-new Air Max ‘97s will give you just enough buoyancy to walk on water”, the Nike executive claimed. “To prove it, we’re doing a full reenactment at Labyrinth Open Festival, in Omis, Croatia, where the conditions are almost exactly as they were for the original walking on water stunt.”

Sources within Labyrinth Open have confirmed that festival headliners, Amelie Lens and Dubfire, who both fit within the parameters of the stunt, have agreed to walk on water at the festival, and may even do a back to back DJ set on a floating DJ booth, five meters off the coast.”

“It’s very exciting times to have DJs walking on water at our festival”, our Labyrinth Open source claimed. “It’s just one of many unique experiences we have lined up for our guests at this year’s festival. It truly is going to be a party of biblical proportions.”

If you would like the chance to watch DJs walk on water, or simply party at one of Croatia’s top dance festivals, click here for more information.