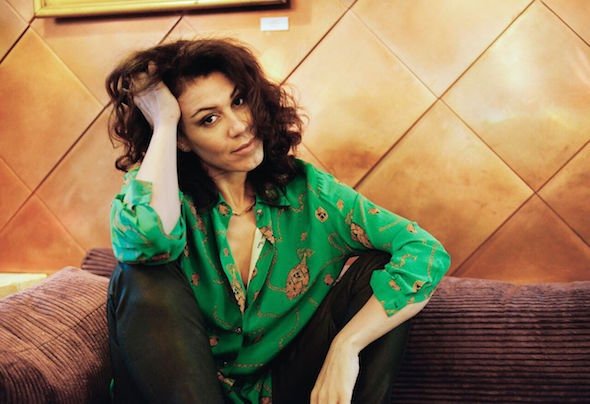 HYTE Announce Too Many DJs For NYE Party

Belgium’s premier nightclub, Kompass Klub, has reportedly told the Austrian DJ Cassy that she will have to spell her name with a “K” for their upcoming Kowboys and Indians clubnight.

Sources within the Ghent club have revealed a “total ban” on the letter “C” and insist that any acts who have a “C” in their name will need to alter the spelling if they wish to play in the club.

“Nobody really knows why we aren’t allowed to use the letter which must not be named,” claimed Kathy, Kompass Klub’s Kloakroom attendant. “It’s probably got something to do with our owner. Apparently, there was a big kerfuffle a few years ago with another ‘Cowboys and Indians’ clubnight.”

“This town just wasn’t big enough for the two of them, so he challenged them to pistols at dawn,” continued Kathy. “In the end, nobody really wanted to get shot so he just started spelling it with a ‘K’ instead. Over time, everything that had a ‘C’ in it, from the kleaners to the disko balls, got swapped to a ‘K’. Now, nothing with a ‘C’ gets through our doors.”

Cassy, who has been spelling her name with a ‘C’ since she was born, claims that she was only recently told she would need to change the spelling of her name for the Kowboys and Indians event on 24 November.

“Well this is a real pain in my ass” Cassy told us earlier. “Kompass Klub is a really cool venue so I don’t mind changing my name to get to play there but, the worst thing is, I’m playing alongside Mathew Jonson and he is one smug little tosser.”

“I know exactly what he’s like,” she continued. “He’ll think that he’s great because they haven’t asked him to change the spelling of his name. Well done for not having any ‘C’s in your name Mathew. This will be just like the time someone told him his hair was curlier than mine. I still haven’t heard the end of that and it happened in 1997. He’ll probably be talking about this for another twenty years.”

“I actually quite like the idea of swapping a random ‘K’ into words,” continued Cassy. “I’ve just launched a new label and while I was drinking my morning koffee and having a kroissant I decide I’m going to call it Kwench. If that’s not a Kwality name, I don’t know what is.”

If you would like the chance to party alongside Cassy and Mathew Jonson in a completely “C” free environment, click here for more details.