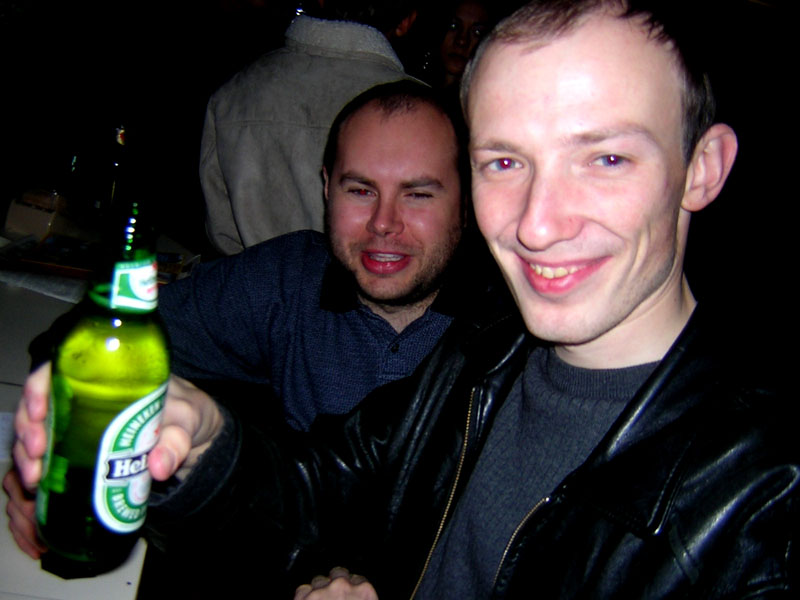 Scientist Proves That All Good Ideas Start With A Beer

An Irish lad who is visiting Amsterdam for the very first time, to attend ADE, has revealed that he is “super excited” to sample the local beers when he arrives.

James Kirwan, a twenty-six-year-old Heineken drinker, admitted that he is “bored to bits” with all of the beer he drinks in Ireland and “can’t wait” to sample “Amsterdam’s finest”.

“Don’t get me wrong, I love the tins of Heino but you just get a bit bored of them after you’ve been drinking them constantly for the last five or six years,” James told Wunderground shortly after arriving at Schiphol airport earlier. “I just can’t wait to get into the city center and see what types of beer they have over here.”

“I’ve never been outside of Dublin before so I really don’t know what to expect when I arrive,” the excited tourist continued. “I’ve heard it’s a bit mad over here so I’m a little bit nervous and also really excited, I’m definitely going to need a few of those local beers to help settle my nerves.”

According to reports, Kirwan, who claims he usually buys Bavaria and occasionally Amstel when he can’t get his hands on Heineken, was later seen wandering the streets of Amsterdam Central looking for a bar that served something other than one of the beers he regularly drinks at home.

“He’s a bit disappointed,” claimed one of Kirwan’s traveling partners. “He couldn’t find any local beers that he hasn’t already tried so he decided to eat a pack of local truffles instead. The last I saw, he was rolling around the grass in Vondelpark talking about collecting acorns for the winter. He must be having a good time if he thinks he’s a squirrel.”

At the time of going to press, Mr Kirwan is believed to be safely back in his hostel, fast asleep, after he decided to stock up on space cakes when he couldn’t find any acorns.