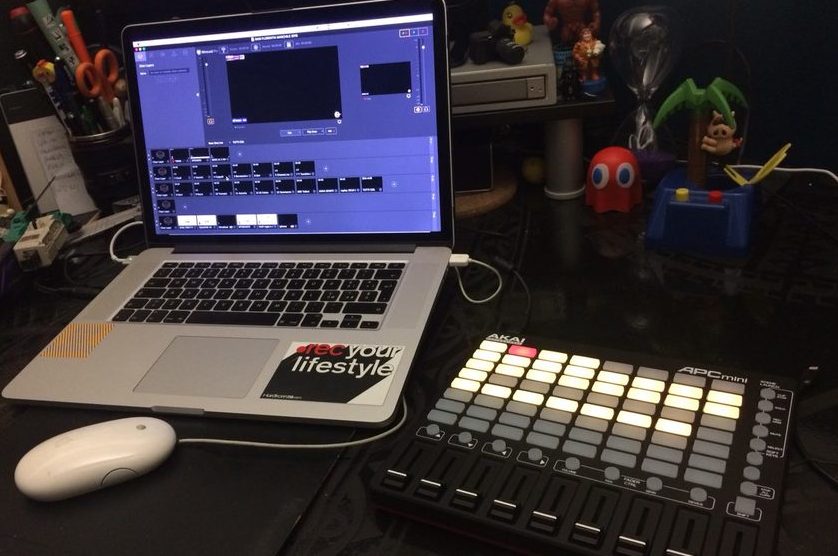 A lad who has a laptop and a small midi controller now considers his bedroom to be a home studio.

Michael Stanley, a.k.a. Mike Stand, is planning on using his studio to “totally take over dance music” once he gets a decent cracked version of Ableton 10.

“Now that I’ve got my own studio, I’m going to be spending a lot more time in my studio, doing regular studio type things, and also a bit of sleeping and wanking, in the studio,” Michael told Wunderground earlier. “That’s just what you do with a studio, when you have a studio.”

“The first thing I’m going to need to do in the studio is get myself a decent version of Ableton,” continued Stanley, who seemed to trying to set the world record for use of the word “studio”. “I’ve been using Logic Pro but that’s more of a bedroom producer kind of software, now that I’ve added a midi controller into the mix and converted my bedroom into a studio, I’ll need to get a more studioey kind of software.”

“It won’t be long until I’m making absolute bangers in my studio,” he said confidently. “Yeah, things are going to be getting pretty wild around here in the not too distant future, the place is going to be full of bitches, my two sisters, and I’ve even got a cleaner and a caterer coming in to make sure I don’t have to lift a finger, my mom. Studio.”

Alan Preston, a childhood friend of Mr Stanley, claims his pal is “full of shit” and his “studio” is “total bollox”.

“What’s that little cunt been saying now?” Mr Preston asked dismissively. “Let me guess, he’s got his own studio. He’s such a piece of shit. It was a fucking nightclub a few months ago when he got a lend of a set of decks and a coffee shop a few months before that when he got an ounce of weed. He’s not a fucking recording artist, he’s a fucking bullshit artist.”