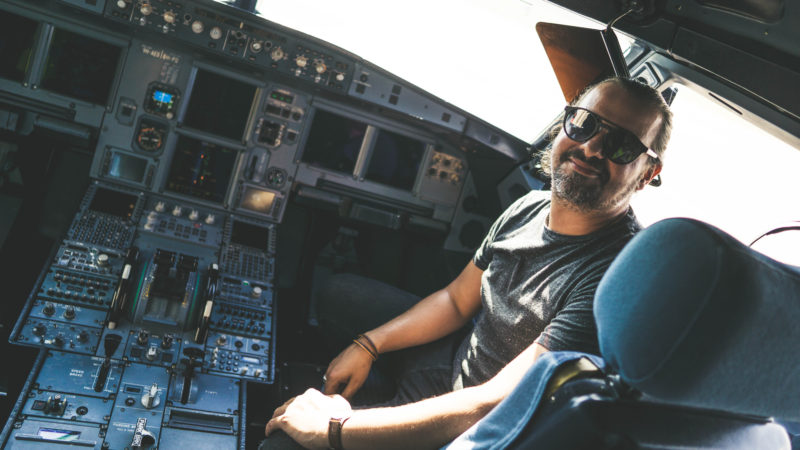 A DJ has reportedly saved hundreds of lives after helping out during an on-board emergency on an Amsterdam-bound flight.

According to reports, Maltese DJ Dean Demanuele “sprang into action” after the co-pilot felt ill and needed urgent medical attention on-board Air Malta’s flight KM 394 to the Dutch capital. Demanuele who is an avid flight simulator pilot with hundreds of hours under his belt rushed to the cockpit to offer assistance to the Captain.

One passenger claimed that Demanuele was an “absolute hero” and that it was a “miracle” that everyone was safe.
“That DJ really saved that flight last night, he’s a real hero” said Ian Jones, a thirty-year-old who was traveling to Amsterdam for ADE and described events on board.

“I really admired the guy who without hesitation went into the cockpit to help out. As soon as we landed safely he got out his little Bluetooth speaker and started to play some serious tunes to celebrate the successful feat. We all danced like crazy and even the crew couldn’t help it and joined in the on-board celebratory party,” he added.

“How cool were they to join in. It was so much fun and Air Malta is definitely one of, if not the, most fun airlines in the world to fly with”, he explained.

Dean Demanuele owns a record label called Dazed & Confused but he certainly wasn’t dazed or confused in that cockpit.

When Dean is not busy piloting airplanes and saving lives you can catch up with him and his record label’s showcase alongside, F//asco, Melchior Sultana, Kim Pixa and Undefined in Club John Doe on Sunday night.

You can also check his listings here.