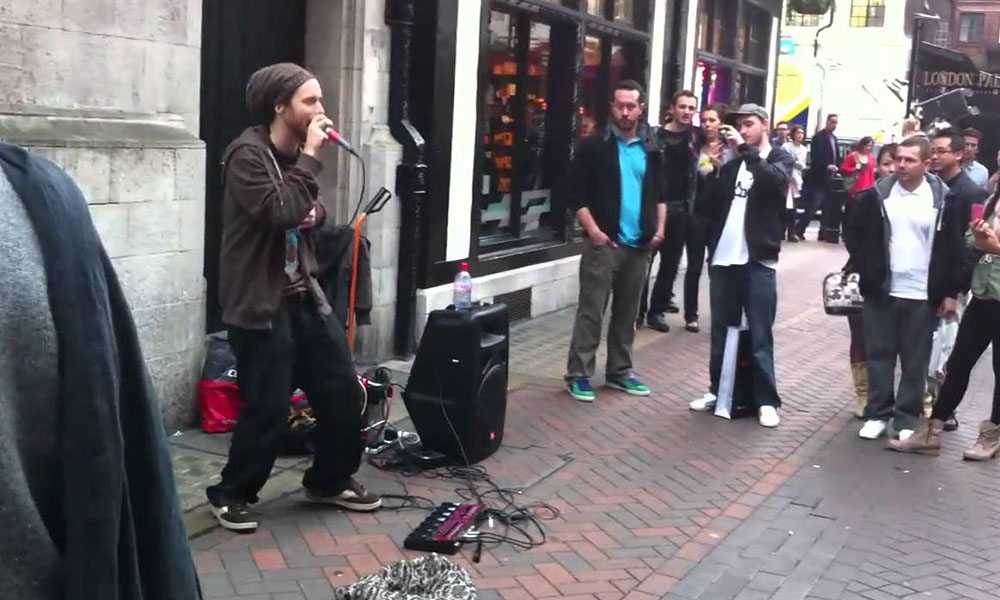 Buskers using a microphone to make dub-step noises to passing shoppers have become so common they now outnumber the capital’s rats.

Busking spots that once held down-trodden sax players, talent-deficient indie kids or pissy tramps shouting through a traffic cone have now been over-run by less welcome vocalists, channelling the kind of music that would clear a 2008 squat party.

“I’ve just walked from Tottenham Court Road to Oxford Circus and seen 18,000 different dubstep beatboxers” claimed one distraught shopper. “It’s like that shit Brad Pitt film, World War Z, except instead of zombies it’s white-dreadlocked twenty-somethings with tattoos on their knuckles making spin-back noises. I preferred it when the homeless couldn’t afford speakers”

“We’ve seen a sizable rise in this type of modern street art” said London’s Mayor and band-wagon jumper, Sadiq Khan. “When I’m walking round Covent Garden – or hiking the price of tube fairs despite saying I’d freeze them – I love hearing beatboxers doing a dubstep version of Smooth Criminal or a so-so impression of a helicopter landing.”

“Dubstep beatboxers are vermin” a London rat told Wundergroud “they spread disease, they eat their young and their urine causes leptospirosis”

“You know why there’s so many?” continued the irritate rodent “Coz it’s a fucking doddle. Seriously, next time you see a dubstep beatboxer ask for a go. It’s as easy as going bwoooaaaaaarb into a mic. While wearing a beanie”

If numbers continue to grow at current levels, by 2020 London will house over 1.3bn dubstep beatboxers, performing over four different types of muffled noises.

A pest-control expert told Wunderground “It’s not uncommon now for us to get a call from a residential property who have discovered signs that they have a dubstep beatboxer on their premises – often waking in the night to the tell-tale sign of an unremarkable cover of ‘Drop It Like It’s Hot’. As soon as Theresa May reclassifies these nuisances as pests we can give them a new tongue twister to deal with – namely my big bag of 4-hydroxycoumarin”