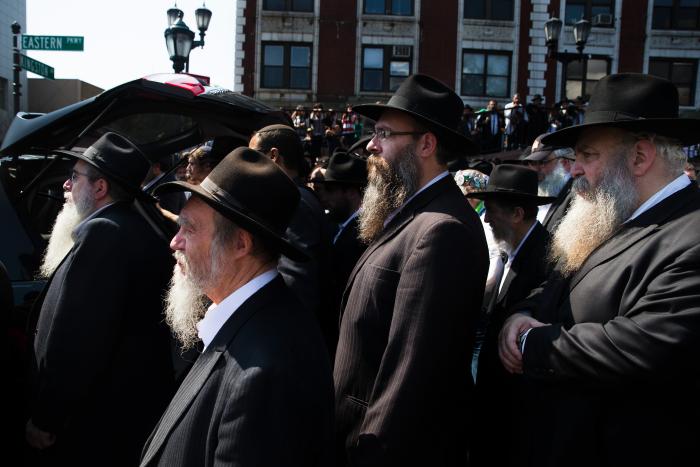 A funeral procession in Berlin, Germany, was hijacked by a group of over eager clubbers who mistook the incident for a “techno parade”.

The embarrassing mishap happened early Monday morning while the group of clubbing tourists were making their way back to the hostel following fifty hours in the city’s infamous Berghain nightclub.

Eyewitnesses reported a number of “black-clad youngsters” climbing on top of a herse while a large group of shocked mourners looked on.

“It was really crazy,” claimed Marian Schmidt, who witnessed the incident on her way to work. “There were two groups of people walking directly towards each other, they all seemed to be dressed from head to toe in black but one of them was clearly a funeral procession. Naturally, you would expect the group that weren’t a funeral to move out of the way and let the procession past, that didn’t happen here.”

“The groups just came together, it was really hard to tell who was part of the funeral and who was wasn’t,” continued the witness. “Everyone was dressed the same and everyone looked a little worse for wear with bloodshot and glazed eyes. The only way you could really tell them apart was the fact that the people who weren’t part of the funeral were trying to high five the people who were, who in turn we’re just standing there, staring at them, in total shock.”

Wunderground also spoke to John Smith, a member of the group of clubbers, “Berlin is such an on point city,” he explained. “Just when you think your weekend is over you run into a techno parade on a Monday morning. It was amazing, I can’t really remember what the tunes were like but after fifty hours in Berghain all you can hear is ringing so it didn’t really matter. We must have caught it right at the end because everyone seemed a bit sad but I think we lifted their spirits a bit.”

According to reports, members of the funeral procession we’re initially shocked by the actions of the tourists but said the deceased, a ninety year old woman, would have been delighted to see people raving at her funeral.

BROUGHT TO YOU BY