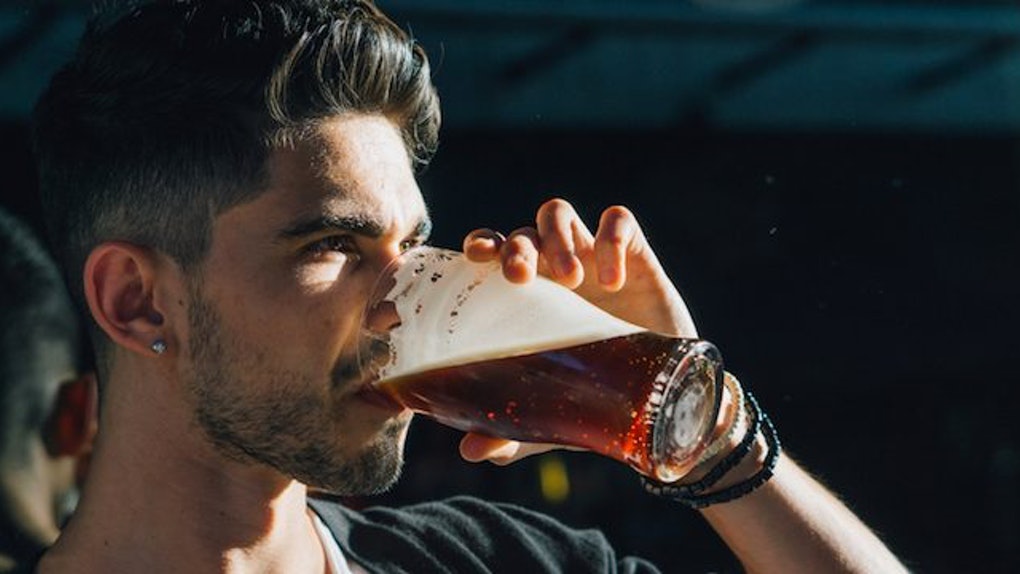 A man has reportedly almost drowned after trying to finish a pint of beer moments before being kicked out of a pub at closing time.

Paul Hopkins is believed to have gotten into difficulties around half way through his pint but insisted on attempting to down the rest of it anyway.

Witnesses claimed the man was only saved by the quick thinking of one of his friends, who is believed to have administered some form of emergency CPR.

“Paul wouldn’t be the type to just leave a bit of his pint behind him,” claimed Andy, a drinking buddy of Mr Hopkins. “We were all out having a beer in this new place and, naturally, we ordered a couple of extra drinks at last orders, you know, because it was last orders.”

“Then, about ten minutes later, the barmen started trying to kick us out of the pub,” continued Andy. “I mean, why would they sell you the drinks if they’re not going to let you drink them, it just doesn’t make sense, so we were all forced to try and finish our pints really quickly. That’s bloody dangerous that is, even for very experienced drinkers like us.”

“If it was just one it would have been fine, but we’re talking about a few here,” Andy explained. “I’m not sure exactly what happened to Paul, he must have hiccuped halfway through or something, but when at him he was coughing and spluttering and there was beer pouring down his face.”

“At first, I just laughed at him because it looked pretty hilarious, but then I noticed he was in trouble so I did what any mate would have done, mouth to mouth,” Andy revealed. “It worked too, he coughed up a load of beer and was alright to finish his pint afterward but it could have been a lot worse, he could have drowned.”

Hopkins claims to have been “drawn towards the light” during his ordeal, although it is now believed the light was actually coming from the local kebab shop, he has now made a full recovery from his dice with death, which he admitted was “great fun”.