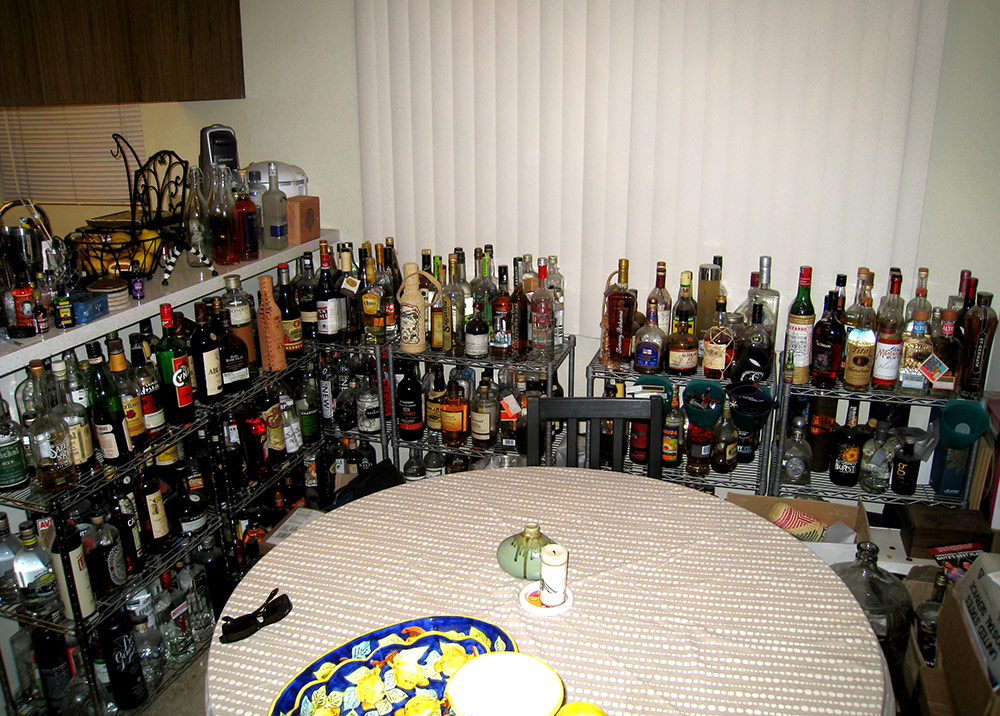 A man who refuses to throw glass bottles in the bin is happy enough to just let them build up in his kitchen forever.

Andrew Spratz, known locally as a bit of a tramp, claims to be helping the environment by refusing to put glass bottles in landfill but admits he is too lazy to bring them to the bottle bank.

“I’m hardly just going to throw my glass bottles in the bin now am I?” he condescendingly said earlier. “I’m not some sort of savage who doesn’t give a shit about the environment. I’m a recycler, at least in principle anyway, I rarely throw anything out at all to be honest with you and it’s not just because I refuse to pay my bin charges.”

“I’ve heard that for every bottle that gets thrown in the bin, a thousand Eskimos die, I can’t remember where I heard that, or if it was in a dream or not, but when you actually think about, it’s pretty fucking shocking,” claimed Mr Spratz. “I think it’s got to do with the Eskimos mining glass, which melts the ice and then they drown, or something.”

“So there’s no way I’m throwing bottles out, I couldn’t live with Eskimo deaths on my conscience, they’re so cute, and that’s why I always keep glass bottles,” he explained. ”I’ve got hundreds of them in my kitchen at this stage, so I’ve saved a lot of Eskimos, I’m a bit like Oscar Schindler, only instead of a list, I’ve got forty-six black bags full of  Miller Genuine Draft bottles.”

“Someday, after I move out of my flat, I hope the next tenant will take them all to the bottle bank. I’d take them myself, but I refuse to drive, not because I can’t afford a car, but because petrol is also killing the environment. Honestly, I think I’ll just go and live off-grid altogether. Can you still get your giro if you don’t have an address?”