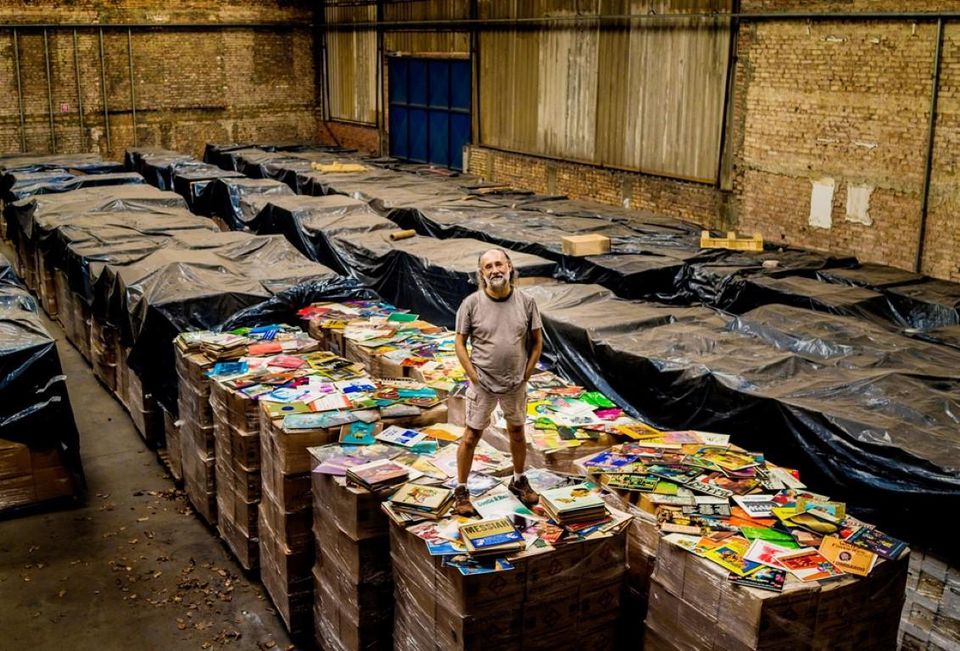 A man who has been credited with having one of the world’s largest record collections has admitted that he never actually listens to any of them.

Despite devoting his life to collecting the records, at an expense which has reached hundreds of thousands of pounds, Martin Smithers claims that he usually just listens to music on YouTube.

“My record collection is just a collection,” he told Wunderground earlier. “It’s not something that I use regularly, or at all really, it’s just a big pile of things I like to keep in a room. At first, I definitely used to listen to them, I was young and I thought I’d be able to impress girls with all of my records but the older I get the less bothered I am with actually using them, now I’m just happy to let them build up and gather dust.”

“When I was younger, I would get really passionate about having them and listening to them and sorting them,” continued Smithers. “But, after forty-odd years, I just can’t be arsed anymore. I think the point where I listening to my vinyl wasn’t really an option any more was when I spent hours searching for album, only to find it, play it and that REM actually shite, it was such a waste of time.”

“It’s only when you actually listen back to some of the the stuff you liked when you were younger that you notice how rubbish it is,” he explained. “Nowadays, I can just type something into the internet and hear how crap it is instantly. No lengthy searches, record avalanches or cardboard cuts on my hands, it’s nothing but shit music at the touch of a button from here on in for me.”

“Don’t get me wrong, I still love my collection and I’ll continue to add to it,” insisted Smithers. “But now, I’m only doing it so my son has to work for his inheritance, I’ve pretty much invested all of my money into it for my entire life and it’s worth a small fortune so I’ll rest a little more peaceful after I go knowing that lazy bastard will have to spend at least three or four weeks working to sort it out before he can sell it. It’ll be the first decent bit of work he’s ever done.”

According to experts, at least fifty percent of the world’s record collections are never listened to, with most vinyl collectors only choosing to do so, so they can tell people about their collections.