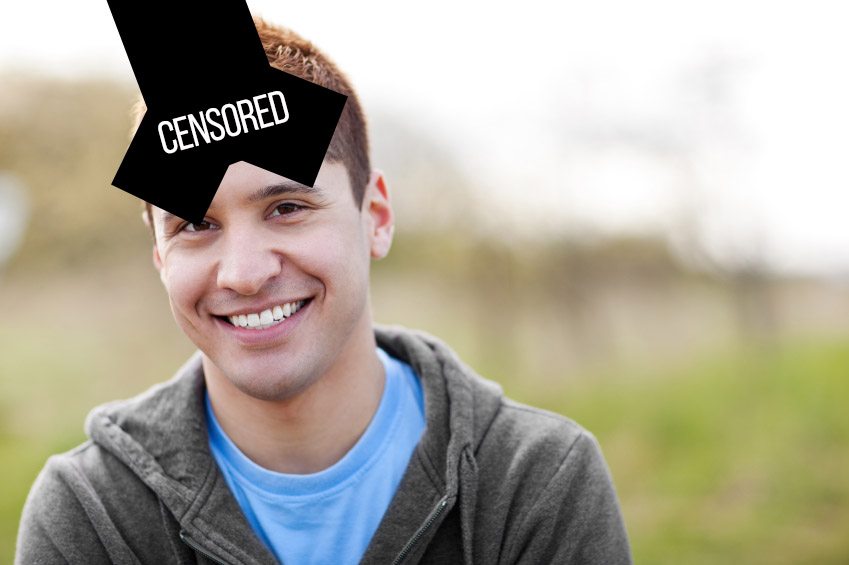 A 28 year old man from Bristol, UK has been hailed as an “all round top bloke” and “one of the nicest chaps you are ever likely to meet” by friends and family, despite having a giant fully-erect nine and a half inch penis stuck to his forehead since birth.

Hugh Mungous (28), a full time plumber and similar to most other folk, a Dj at weekends, has claimed he is the only man in the world who has had his life ruined by having a nine and a half inch penis… “Bruce Jenner not included” he jokes.

“Yeah, its a complete pain in the arse, excuse the pun. You are constantly being laughed at and ridiculed. You get the obvious ‘you’re a dickhead mate’ thrown at you several times a day, which I’m fine with, I still find it funny actually, cos it is… but some people take it too far. One guy last week shouted at the actual penis ‘here mate you have a plumber stuck to your bum’, which really hurt. Things like that just make it really really hard, you know?”

“It spills over into every faucet of my life” claimed the young plumber. “You try lying your back on a kitchen floor and ramming your head into a tiny press under the sink with a near foot-long erect schlong waving about above your goggles, I can barely get my head past the entrance and even when I do I end up doing more damage than good, which isn’t my job.”

“Between that and the usual valium-filled housewife trying to ram her lady bits in the press after it, it can make it right hard work to get any actual work done.”