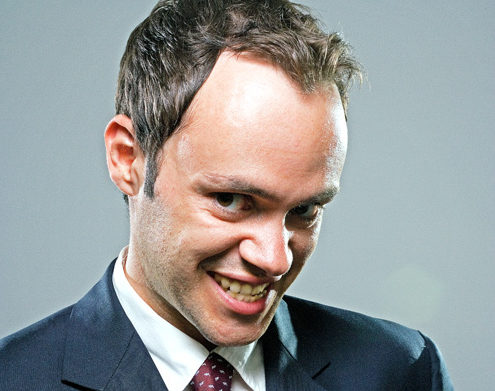 In a desperate attempt to backtrack on his horrible racist slurs earlier this week, English nobody Mistabishi has offered to house two hundred refugee families on his forehead.

Speaking exclusively to Wunderground, the drum ‘n’ bass producer claimed he was “sincerely sorry” about a number of defamatory comments he made about the Mayor of London, Sadiq Khan, on his Facebook page.

“I obviously didn’t mean what I said about Mr Khan not actually being English,” Mistabishi told us earlier. “He, and all the other people like him, are as much a part of this country as me or any of my family. We’re a great nation and to keep us great we need people to sell us stuff in corner shops and cook our kebabs, I realise that now and I truly am sorry for what I said.”

“I never should have posted those horrible comments, I’d been drinking Russian vodka, smoking Afghan black and tooting some fine Peruvian marching powder all day so I wasn’t myself when I did it,” continued Mistabishi, real name Jimmy Pullen. “I took them down really quickly but some people are just so sensitive.”

“I just want people to believe that I really am sorry,” revealed the DJ. “So, I’ve decided to make a really generous gesture, the cost of real estate in London has skyrocketed so, with me being so sound and all, I’ve decided to offer up my expansive forehead to house approximately 200 refugee families for the next two years.”

London property guru and refugee activist Jemima Renter also spoke to Wunderground, “I’m really happy that Mr Pullen has decided to donate his forehead to refugees. We’re bang in the middle of a crises and we’ll easily be able to comfortably house two hundred families there, we’re hoping he may even let us turn it into a permanent center for refugees with local infrastructure.”

Unconfirmed rumours suggest that a number of families have turned down the chance to live on Mistabishi’s forehead claiming they’re “refugees, not desperate”.