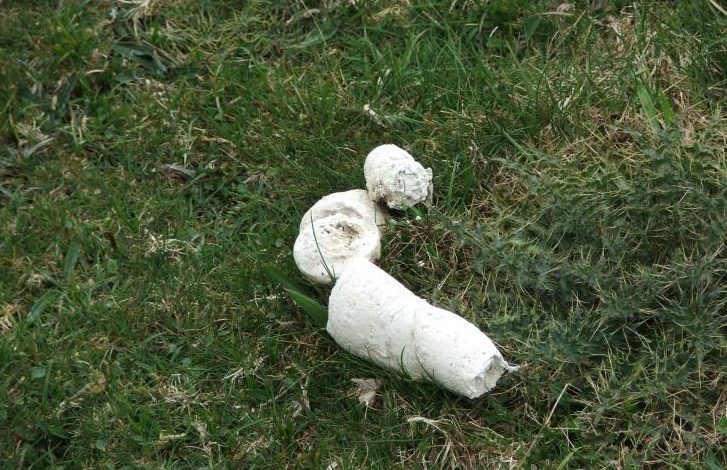 There were chaotic scenes reported in a public park in Atlanta, Georgia, today after a piece of white dog shit was mistaken for popular EDM DJ Marshmello.

According to eyewitnesses, a large crowd gathered around the inanimate piece of dehydrated dog turd.

“It was really unusual,” claimed onlooker Annie Styles. “I’m in my thirties so I knew it was white dog shit straight away. Most of the crowd were kids and I guess you don’t really see white dog shit on the streets any more so they had no idea, they’re also used to seeing Marshmello on their phone screens so the fact the piece of shit was only a couple of inches tall didn’t seem to phase them at all.”

“I’ve still got a ringing in my ear from all of the screaming,” she explained. “It was total mayhem, there were gangs of twelve and thirteen year old girls actually going up and kissing the shit. I mean, they probably would have had their first kiss from some other piece of shit guy anyway, but still, it’s going to take them years to get over this.”

Wunderground also spoke to Peter Swan, one of the first people on site, “People are saying that it wasn’t Marshmello but I don’t believe them, it totally was him,” said the defiant nine year old.

“He’s my favourite music guy, I’ve seen all his videos and I just really, really love marshmallows. I wanted to pick him up and taste him but there were too many people, I couldn’t get anywhere near the front.”

Sources within the EDM community have confirmed that Spinnin’ Records have made an attempt to sign the piece of white dog shit after a number of people who were present in the park claimed that it was the best EDM event they had ever witnessed. More on this as we get it.