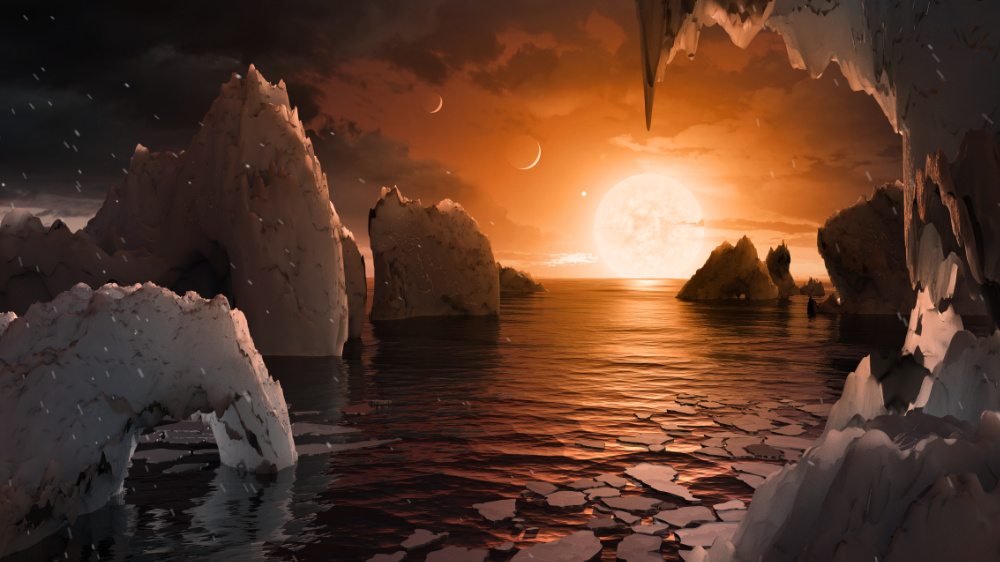 Life Beyond Our Solar System Wondering If They Can Get Guestlist

NASA have today announced that one of the planets in the habitable zone of Trappist-1 is likely to be a planet full of DJs, just like Earth.

Reports suggest that the planet, named SankeyCG571, is so similar to Earth that it is 99.999% likely to be full of DJs, photographers and models.

“The similarities between the two planets are remarkable,” explained NASA spokesperson Al Ian. “Even though we’re hundreds of trillions of miles away from each other we can come to some pretty easy conclusions about the place. There’s almost certainly water and, as we all know, where there’s water there’s life and where there’s life there’s DJs.”

“We’re so confident about what this planet will be like that we’ve even been able to make these ultra realistic, and totally accurate, drawings of its landscape,” continued Mr Ian. “If you look closely enough, you’ll be able to see huge alien music festivals and nightclubs where thousands of alien DJs gather to play and listen to music, dance and talk about cool DJ stuff.”

“It’s likely that they’ll all be on social media too,” claimed the NASA employee. “We don’t think they have faces, the same as we do, so they probably won’t have Facebook but it’ll be something very similar, maybe Lowerbackbook or Kneebook. Much like here, they’ll use it to give out about bad experiences they had flying, promote their gigs and take pictures of their dinner.”

“Of course, there is that .0001% chance that we’re completely wrong about all of this and they’re actually just lifeless lumps of rock floating around the universe but that’s a pretty shit attitude to have. What would have happened if the first people to discover Ibiza had thought that? We’d have no DJs on Earth at all, that’s what.”

So far, NASA have not identified any DJ equipment on SankeyCG57, leading them to believe that the alien DJs are using some sort of telekinesis to play their tunes.