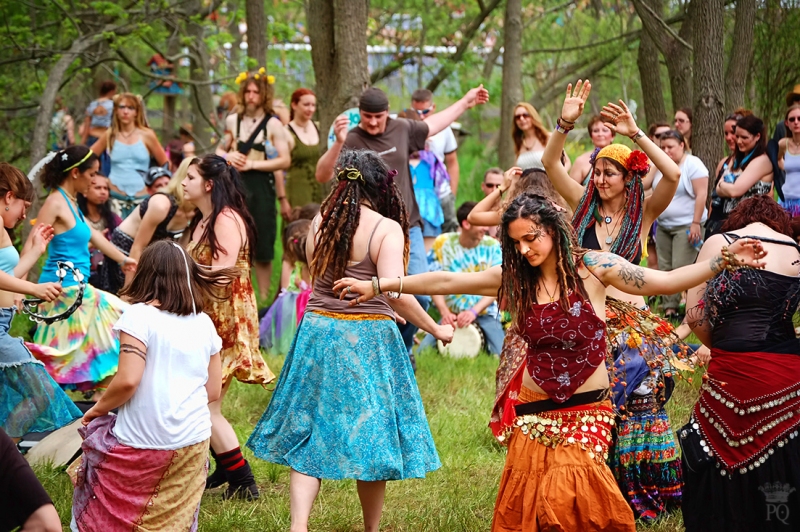 A group of normal people have claimed they are happy to dress like hippies for the duration of Extrema Festival.

“I love hippy clothes and the whole hippy ethos,” claimed Elsie de Bruin. “The only problem is, I can’t pay my rent with daisy chains and good karma, so I work in a bank.”

“I love coming to festivals and dressing like a hippy for the weekend,” she said while looking through a pair of €300 Gucci sunglasses.”

“There’s just something about sleeping out in a field, in a VIP camping area, with hot running showers and complimentary wifi, that really helps you to connect with nature.”

Reports suggest that almost half of all festival tickets sold in Belgium every year are only bought as an excuse to dress “like a bit of ass” for a couple of days.

“I’m not even into music but I go to at least one festival every year,” claimed some bloke in a native American headdress on Friday afternoon.

“I’m an Indian today, a cowboy tomorrow and I’ll either be a wrestler or an explorer on Sunday.”

“Then when I go home on Monday, I’ll be dressed as a bus driver, because I’m actually a bus driver. Honestly, I only come to these things for the costumes.”

Extrema Festival would like to take this opportunity to remind everyone that actual hippies are banned from the festival and any found will be removed immediately.