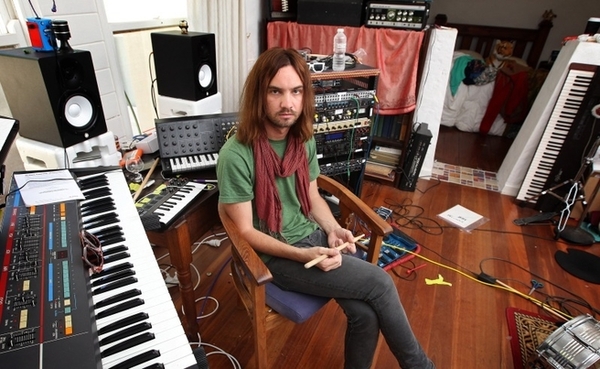 Ibiza Worker Spends 54 Days In Bed After Returning To UK

A producer who owns at least forty different synths, and another sixty miscellaneous pieces of hardware, has put a brand new synth at the top of his Christmas wish list.

Ryan Smith, aka Ry Smile, currently uses about fifteen percent of his production equipment, which he has stored across six different houses.

According to Smith’s girlfriend, Jessie, who is currently hosting at least ten separate pieces of his equipment in her already crowded apartment, there is no way she will be buying him any more synths this Christmas.

“Is he fucking crazy or what?” she asked earlier today. “There’s literally zero chance that I’m getting him another poxy synth for Christmas. They all sound exactly the same anyway. Why the fuck would he need another one? And the price of the cunting things too. Does he think I’ve got nothing better to be spending money on?”

“Honestly, he already spends all of his own money on that shit so I’m gonna buy him some stuff he actually needs,” continued Jessie. “Like clothes and underwear. Some of his boxers are holier than a gang of nuns on Good Friday, the state of him, and I’m sure he’s still wearing a jumper that he’s had since he was in school. He’s thirty-six. I bet he’d still be wearing his confirmation suit if it still fit.”

However, Ryan believes the latest synth he has set his sights on will be the “last piece” to his production jigsaw.

“Ah man, this yoke is a beast,” he told us. “It’s an extremely rare synth that was made in communist Russia during the 80s. They were highly illegal back then, apparently, there were people killed for making them and everything. I have to get my hands on one and it’s only €1,400. I’m pretty sure Jessie’s planning on getting it for me. She’s so supportive.”

At the time of going to press, Mr Smith is believed to have identified “at least another four final pieces” of his production jigsaw and believes he is now covered for Birthday and Christmas presents until 2021.