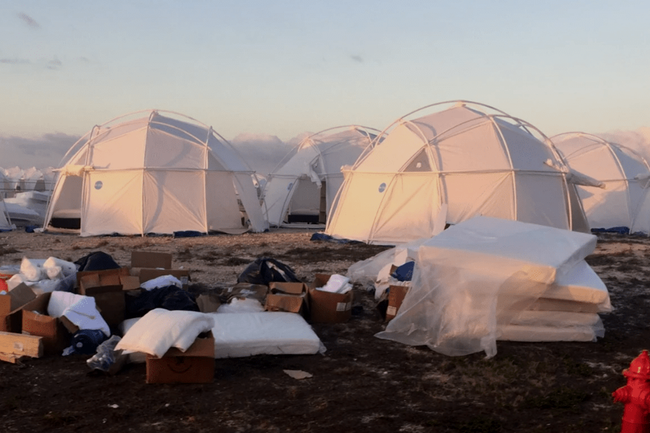 Peter Mings, known locally as Minger, claims he will look into booking tickets for this year’s Fyre Festival as soon as he gets some credit for his phone.

“I watched the documentary and I don’t know what all the fuss was about,” claimed Mings, owner of Prestatyn’s longest dreadlocks. “Those little tents that everyone had, the light coating of mud on the ground and the total lack of facilities, it’s easily the most glamorous festival I’ve ever seen and it looked dead futuristic, I’d love to go this year. Do you know how much tickets are?”

“These celebrities giving out about it are all full of shit as far as I’m concerned,” continued Mings, who claims to be able to sleep while he dances to save time at festivals. “Just because they’re used to living in luxury, sleeping in satin sleeping bags in gold tents and drinking out of actual cups, doesn’t mean the festival was crap, they’re just stuck up. They wouldn’t last two minutes with us normal folk.”

“And how fancy did that food in the polystyrene containers look?” he said inquisitively. “Bread, cheese and salad, at a festival? That’s some Michelin Star shit right there, there are probably enough nutrients in that to last me a month. Normally festivals, I eat a mixture of empty baggies, fag butts mud so I’m not sure if I’d even be able for that sort of luxury.”

“The secret to successfully doing festivals is going into pure survival mode,” explained Minger. “And who are the best survivors in the world? Cockroaches. So I always try to be as cockroach-like as possible when I go to a festival and I’m still alive so I think I’m doing alright.”

After learning that Fyre Festival would not be happening this year, Mr Ming’s decided to buy tickets for Scotland’s T in the Park instead, the closest thing to Fyre Festival Britain has to offer.