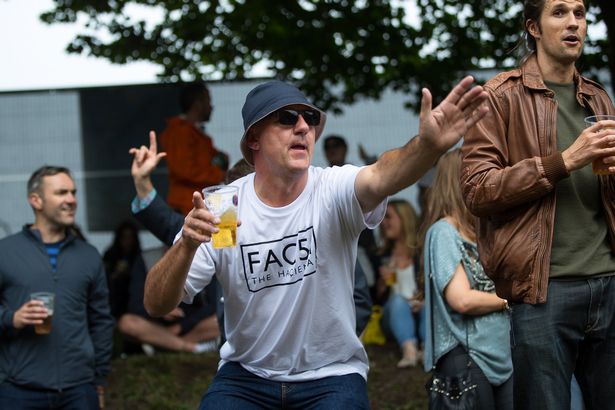 Completely unprompted, Maxwell informed those nearby that “DJs really were DJs” back in the 90s, while sipping what looked to be Buckfast. However, when pressed for details, he appeared confused.

“It was just better back then, you know what I mean?” he told people who clearly didn’t know what he meant. “Jungle, innit.”

Passers-by reported a vacant expression and dead look behind Maxwell’s eyes. Matt Clayton, a friend of Maxwell’s who witnessed the incident, told us, “that’s just Bill, he never got over Hacienda closing. Three pill Bill we used to call him, I bet you can’t guess why.”

Wunderground reached out to Maxwell to ask about his best memory from the period, “You know, it’s all a bit dark really,” he responded, clearly not talking about the nightclub lighting. “You just had to be there. Kids these days don’t understand, it’s all Spotify this and iTunes that. They wouldn’t know a party if it snuck up on them at 120 beats per minute.”

Maxwell was last seen leaving the Red Lion pub at 11am, mumbling about “some bloke called Gerald.”