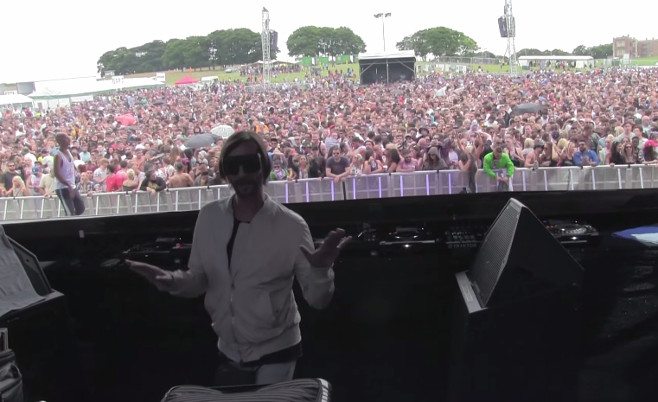 Chilean-German techno maestro Ricardo Villalobos was reportedly pulled off stage this weekend after it was discovered that the DJ has been using performance dehancing drugs.

The DJ, as famous for his often disheveled madouvitness behind the decks as for his talent, reportedly arrived on stage “completely cleanly shaven, clear eyed and dressed in an expensive suit” where he proceeded to play a nervy set filled with mistakes and lapses in concentration.

It is believed that the DJ had taken a cocktail of performance dehancing drugs like herbal tea, a good meal and plenty of rest before taking the stage.

“There’s simply no place in DJing for anyone that sober,” claimed a spokesperson for Peru’s Detox nightclub.

It is believed that Ricardo may have been taking the sobriety inducing drugs and lifestyle choice for anything up to 6 weeks before taking the stage where he was described as “a shadow of his former self” and “a disgrace to the art of DJing”.

“We suspect that Ricardo, renowned for his intense druggy sets, for some silly irresponsible reason attempted to play a set sober,” continued the obviously angry spokesperson. “As a result of that his set was filled with mistakes, he failed to read the crowd at all and held himself with a nervous energy for the whole thing.”

“In the end we had no choice but to pull him off stage and put one of our support acts on instead,” he harrumphed.

Ricardo himself has not yet commented on the embarrassing lapse in judgement which saw him take the performance dehancing drugs with many suspecting that the DJ is ashamed by his actions and may be focused on rebuilding his tarnished reputation.

“We can’t be too hard on Ricardo though,” concluded the spokesperson. “When he came offstage he knew he was caught and that he was totally in the wrong. When I suggested to him that the professional, and right, thing to do would be to take a massive bump of ket, drop a pill and get back out there, he obliged immediately.”

“And it was one of the most engaging, evocative and thrilling sets I’ve ever witnessed – thanks to him being completely clean of any nasty performance dehancing drugs,” he added.