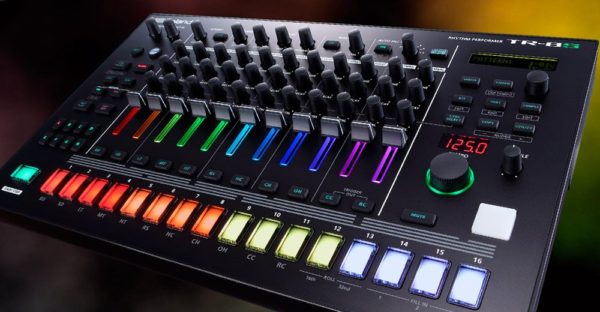 Roland have announced the release of the latest variation of the TR-8 drum machine, the TR-8S, and ensured their customers that “this is definitely the most complicated one yet”.

Following in the footsteps of the legendary TR-808, the TR-8S allows electronic music producers to create stunning drum loops with the added features of sample import, improved pattern chaining and a whopping eight audio outputs.

“You’ve got to love the Roland gear,” he told us earlier. “My 808 and TR-8 are easily my favourite bits of kit. All of those lovely flashing lights and buttons and knobs to press everywhere. I could literally sit there and look at them for hours on end and still not have a fucking clue what’s going on.”

“I even named my first born son Roland,” he continued. “Honestly, I thought being a father was going to be the hardest thing I’ve ever done but it was nothing compared to mastering a Roland drum machine. I’m still figuring out how to actually work them properly, after thirty years, but, you know what they say, it’s a life’s devotion and I’ll happily keep trying to figure them out for another thirty years.”

Archie Snare, a Roland spokesperson, claimed the latest release is likely to have producers “scratching their heads and stroking their chins in equal amounts” as they try to figure out what the fuck they’re doing.

“Here at Roland, we’ve always believed that if something’s worth doing, it should be really fucking complicated,” explained Mr Snare. “That’s why we always try to make our new hardware even more difficult to use that its predecessor. We’ve really hit the nail on the head with TR-8S, it’s practically impossible to use and that’s why we’re promising everyone who buys one countless hours of frustrating fun.”

Unconfirmed reports suggest that the Julliard School, New York, are set to introduce a brand new TR-8S degree course to their school of music, with each course set to run for approximately fifteen years.