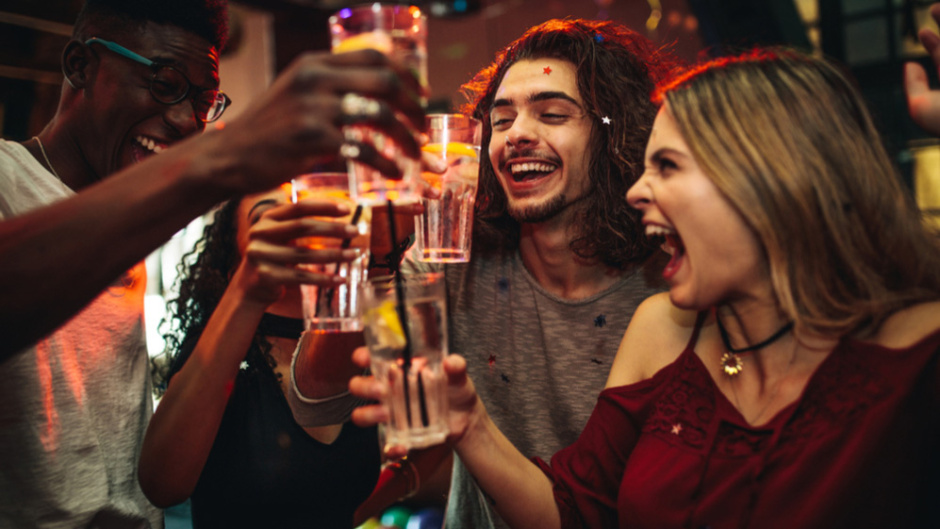 A group of Scottish pals have decided to start their Saturday night pre-drinking at approximately 11 am on Thursday morning.

The close-knit group, who claim to be “buck wild”, are believed to be drinking in preparation for Saturday’s elrow Town festival in Edinburgh.

Gavin Maxwell, aka Maxxy Gaz, the group’s oldest member, claims that Thursday morning is the “ideal time” to start pre-gaming in order to get a “slight buzz going” ahead of the festival.

“Myself and the rest of the group elders had a meeting last week and discussed a number of possible times to start our festival prep,” Maxwell explained, “and when I say ‘prep’ what I actually mean is drinking a pallet load of Buckfast and special brew cider.”

“We take our festivals very seriously,” Maxwell continued sternly. “We’re not one of these crews who’ll just rock up willy nilly, we like to make loads of carefully laid out plans and preparations and then get totally smashed and completely forget to do any of them.”

According to Jane Ryan, one of the groups newest recruits also known as Calamity Jane, she can’t wait for elrow Town and she plans on strapping a GoPro to her head to ensure she has at least some memories of the day.

“It’s gonna be proper fun,” Jane insisted. “Those Fat Camels, or whatever they’re called, are my favorite DJs ever. I can’t wait to see them when I watch the GoPro footage when I get home. It’ll probably be around next Tuesday, usually our weekends last about five or six days.”

“I love hanging out with these madzos,” Jane continued. “I’ve made so many great memories since I’ve been in the crew, I can’t actually remember any of them but I’m sure they’re all amazing.”

In related news, Edinburgh off-licenses are believed to have imported over one million extra bottles of Buckfast this week, in order to meet the demand for elrow Town pre-drinking, with initial reports suggesting it will be nowhere near enough.