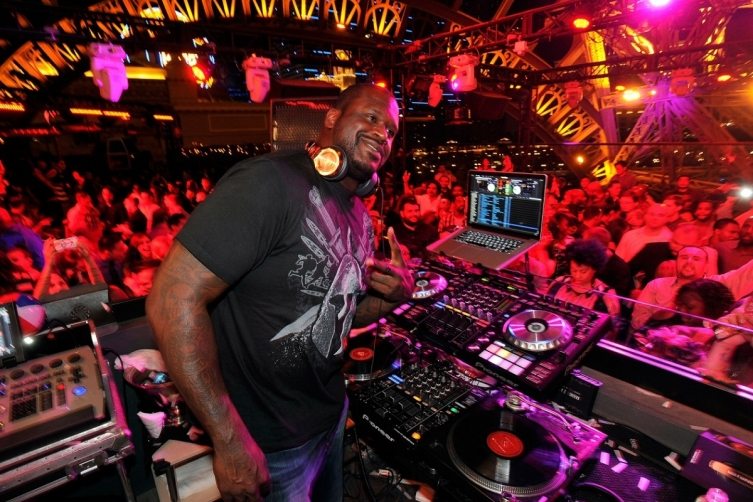 Former NBA star, Shaquille O’Neal, is reportedly delighted with his career change to EDM DJ as he never expected to find another job where jumping was the only skillset.

Shaq, seen here in a rare DJing photo where both his feet are touching the ground, has been DJing for the last two years and is hoping to break into the EDM scene.

“I really think that within a year I could be the top EDM DJ in the world, I’ve got years of experience jumping up and down with my hands in the air, which is a requirement for every DJ. The only thing holding me back from say, breaking into the DJ Mag Top 100 or developing a fanbase in middle America is my black skin.”

“But I think people will see through that and will keep an open mind that, even though I’m not a white European looking guy with a German sounding name, I can still stand behind some CDJs and bounce up and down to cheesy electro-house.”

Shaq says that, in order to fully master being a celebrity EDM DJ, he has recruited the help of Paris Hilton who he says doesn’t rely on jumping so much as “being a famous anthropomorphic focal point for everything that is wrong with celebrity culture”.

“I’ve also recruited Diplo, to help with the race thing, if he can act like a black guy to win over a crowd then he’s the perfect guy to teach me how to act white,” he explained. “I’m excited, he’s taught me so much about being a DJ already, like being an asshole on Twitter, appearing in photos with Dan Bilzerian and standing on your mixing desk with a mic in your hand spouting self-congratulatory garbage.”