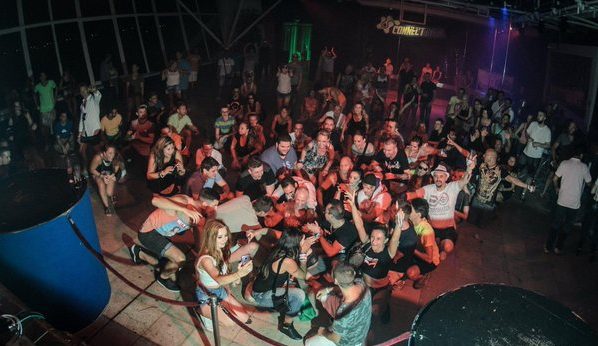 A fun ‘sit down’ attempt at a rave has gone horribly wrong for everybody involved, after ninety five per cent of the dance floor failed to get back to their feet, due to being “ketted up to their eyeballs”.

The shocking incident happened at around five a.m, when Maceo Plex and his DJ booth entourage encouraged the Pacha crowd to sit on the floor for a few moments, ahead of an “epic drop”, before the chance to “dance around like maniacs” one last time before the season comes to an end, only to be left “unimpressed” when the majority didn’t bother getting back up.

“This was unacceptable,” said an annoyed Maceo. “Do they not know how it works? They sit when I ask them to sit and jump back up when the record drops. It’s so simple even animals could get it right. The party was totally ruined when none of them got back up. My set went on for another five hours after that and the vibe was just fucking dire. They just stayed seated, all looking around at each other like imbeciles. We called for security to chuck them out.”

Twenty two year old Cassie Jones, who was in Pacha at the time, had this to say on the matter, “Another fucking sit down attempt by another DJ – great,” she said sarcastically. “It was late, we were all fucked and ket-legs had definitely kicked in. I couldn’t get off the floor. Apparently neither could a few thousand other people, it was hilarious. If anybody was filming, I bet it looked fucking crazy; thousands of us just sitting there, not talking, not moving, just looking about like paranoid little owls or something.”

According to Pacha management, the security spent six hours dragging ravers out of the club by their legs, leaving them in a one big pile outside of the venue.