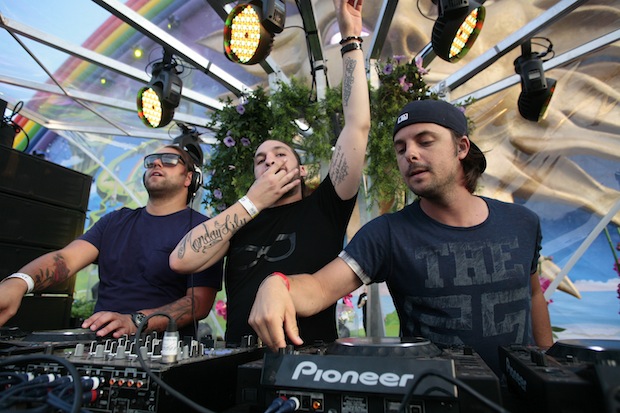 Today, the Swedish trio confirmed the rumours and announced their “Running Low On Cash Tour” which will begin later this year.

Kicking off in September, the tour will take in a whopping 450 dates in upwards of 200 cities over an eight month period.

“We’ve never seen a tour like this in the entire history of music,” claimed one record label executive.

“They’ve completely cut back on everything, that’s how they can fit so many shows into such a short period of time,” continued the executive.

“It’s going to be totally no frills, just them and Alleso on support, a bit like a Swedish version of Three Men and a Baby, only this is more like four babies.”

Steve Angello, commonly known as the “talent” of the group, claims this will be the last ever chance to see Swedish House Mafia play.

“I can say for sure, after spending eight months on the road with Tweedledumb and Tweedledumber, the Swedish House Mafia will officially be over.”

“The only reason for the ‘Running Low On Cash Tour’ is because we’re all running low on cash, once it’s finished the guys are dead to me again. Until 2021 when I’m broke.”