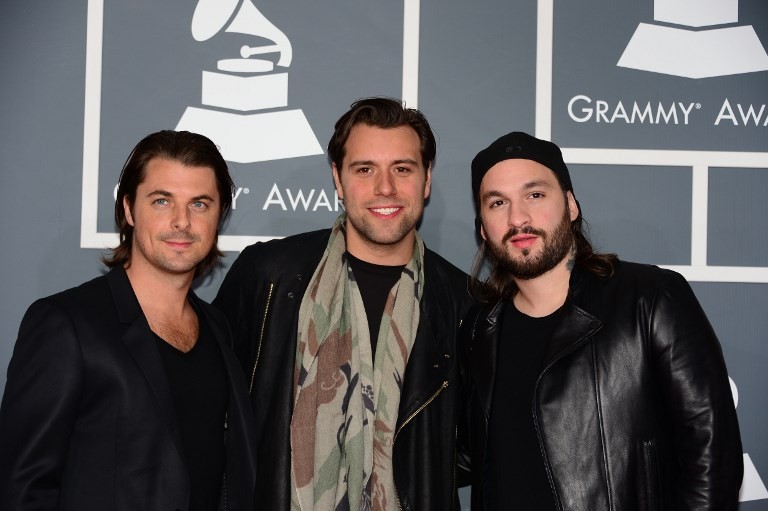 The Swedish House Mafia have added another major booking to their roster this summer after they were confirmed to play the comedy stage of one of Europe’s biggest music festivals.

The trio, consisting of Axwell, Sebastian Ingrosso and Steve Angello, have recently started to re-tour their music as a comedy act and have been enjoying a bit of a renaissance as a result.

“It’s great to be back out there on the road and making people smile again,” Axwell said during a catch up with Wunderground. “Sure, it’s not the same as it was before, people are laughing rather than dancing, but it’s very similar and we still get paid the same so we’re all very happy with how things are going.”

“Sure, it took a bit of getting used to,” Steve Angelo added. “We’ve gone from popstars to clowns in a pretty short space of time but, a lot of people don’t know this, but when we first started performing in college, we were actually a comedy act, a lot like the 3 Stooges, so it was quite an easy transition to make.”

“The only difference is, we’ve replaced slapstick humour with laughable music but the results are still the exact same, we humiliate ourselves on stage and people laugh.”

“Yeah, and I have custard in my pants,” Ingrosso shouted. “It’s hilarious,” we later learned that the custard in Sebastian’s pants was not actually part of the act, he just likes to put it there for his own amusement.

According to sources in Sweden, off the back of their touring success, the Swedish House Mafia are set to be rewarded with their own TV show, which is rumoured to be a mix between a hard hitting crime drama and a Mr Bean-like comedy.