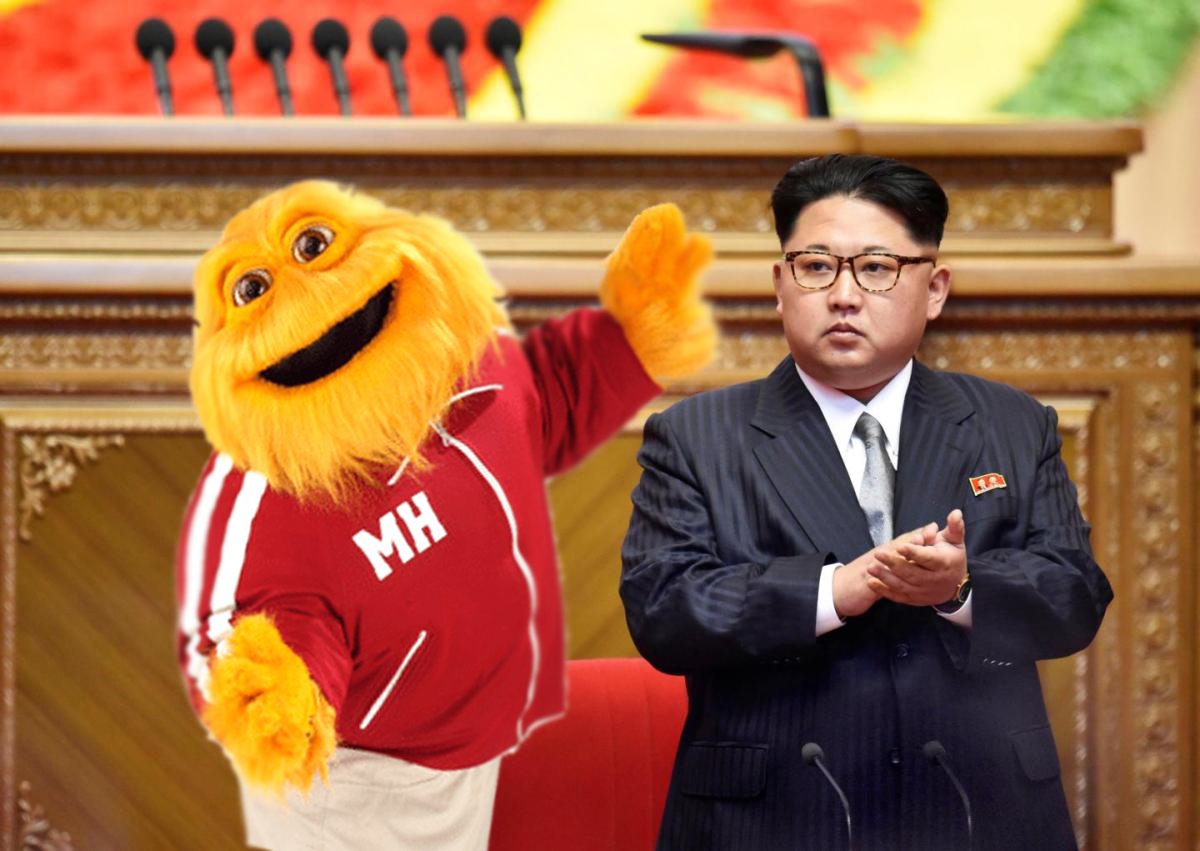 Unconfirmed reports from Washington this morning suggest that President Trump may be planning to pull the wool over Kim Jong-Un’s eyes by using the Honey Monster as a body double for their upcoming meeting.

Sightings of the Honey Monster in the vicinity of The White House earlier this morning have added fuel to the speculation.

One local coffee vendor spoke to Wunderground earlier, “I sell cheap coffee to the tourists that come around here looking at The White House so I always have a pretty good idea of what’s going on around here.”

“The Honey Monster seems to be around quite a lot,” he continued. “At least I think he is, himself and Trump look so alike it’s hard to tell who’s who sometimes. It’s not just their appearance either, everything about them seems to be similar. They both love Sugar Puffs, they both drag their knuckles on the ground when they walk and they both have very similar political ideologies.”

“Apparently, if you put them side by side in a room together, the only way you can tell them apart is that the Honey Monster’s eyes look slightly less dead.”

Wunderground’s Washington Correspondent, Anita Break, also spoke about the rumours, “Well this certainly isn’t anything new,” she explained. “It is believed the Honey Monster has actually carried out about fifty percent of President Trump’s presidential duties since his inauguration but it would seem a little unusual for him to be used for something as high profile as this.”

“If the rumours are true, there’s a very good chance that Kim Jong Un won’t even notice and it could actually work out better for everyone as he’s about a thousand times more likeable than Trump, so the meeting could go quite well.”

Unconfirmed rumours suggest that Kim Jong Un may also be planning on using a body double for the meeting, with former Street Fighter character E. Honda favourite to take his place.