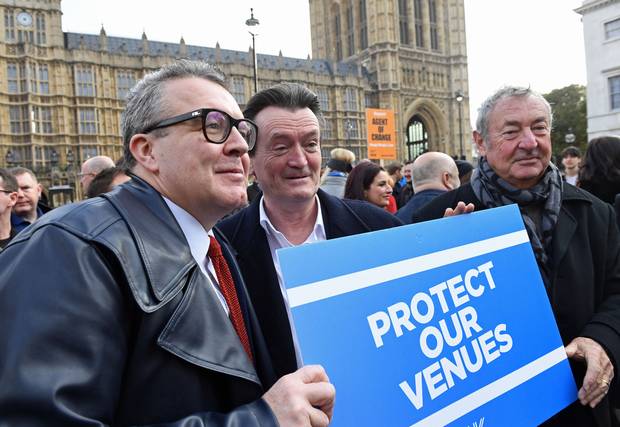 Prime Minister, and owner of the world’s most out of proportion limbs, Theresa May claimed that protecting music venues is “high on the government’s list of priorities”, alongside things like “exploiting the poor”, “vilifying immigrants”, “covering up for past Tory governments” and “trying to seem more human”.

“Music venues are at the very heart of this great nation and we plan on doing everything, within our power, to protect them in 2018 and beyond,” May stated during a recent speech. “Many a successful human rights violation has been planned in the backroom of a music venue and we hope to ensure that those backroom are available to plan many more successful human rights violations in the future.”

Club promoter and music enthusiast Paul Switzer also spoke about the Prime Minister’s announcement, “The best way for the government to protect music venues is to just stop fucking with them. They were fine, they didn’t need protecting until all the councils started shutting them down. Why don’t they just get fucked and leave them be?”

“It’s not like they’re coming under threat from foreign invaders or paramilitary groups, they’re coming under threat from uneducated toffs looking for scapegoats for societal problems,” continued Switzer. “The only way the government could actually help would be strapping two hundred kilos of semtex to Boris Johnson and sending him into Westminster when they’re debating MP’s pay increases.”

So far, the government have not confirmed or denied at they are planning to deploy Boris Johnson as a suicide bomber, although a recent poll shows that doing so would be very popular amongst voters.