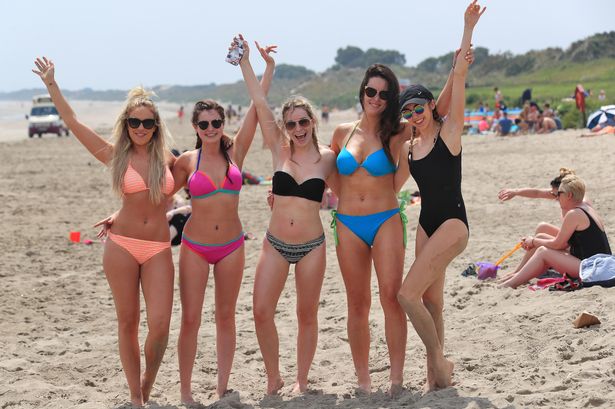 Soaring temperatures in the United Kingdom this week have made the western European country hotter than Ibiza, however, locals have confirmed that while it is “very warm” it is still “way shitter” than the Balearic island.

“It might be hotter than Ibiza but I can safely say that Britain is a thousand times shitter,” claimed one sunkissed Scottsman. “There’s fuck all to be doing around here. Anyone who compares this shit hole to Ibiza needs to have their head checked. We’re like Ibiza, if Ibiza was a ninety-year-old man who’s lost control of his bowels.”

“Honestly, you think drinks are expensive in Ibiza, you’d want to go for a few around that London,” continued the man, whose face seemed to be made up entirely of freckles. “At least in Ibiza you get a decent measure of spirits when you order a drink. In London, you get a couple of dribbles and a bill longer than a horse’s cock.”

“And don’t even get me started on the beaches,” he said before starting on the beaches. “In Ibiza, you’ve got white sand, cocktails and beautiful people, over here you’ve got burnt out cars, chavs drinking Stella and people who make Susan Boyle look like Cindy Crawford.”

“I hope it’s cold here next week, all of this sun has me confused,” revealed the Scottsman. “At least when you’re freezing your bollox off you know where you stand, but when it’s sunny as fuck it almost feels like you’re living somewhere nice.”

“Still though, I wouldn’t live anywhere else,” he said with a hint of patriotism. “Especially not in France, if you think it’s bad here you should see it over there, I’ve never actually been myself but I’ve heard it’s just like this England only a little bit hotter and full of cunts. So probably the same as Wales.”

According to sources, by the end of this week, Britain will officially have used up all of its “summer credits” and could face the coldest July and August on record.