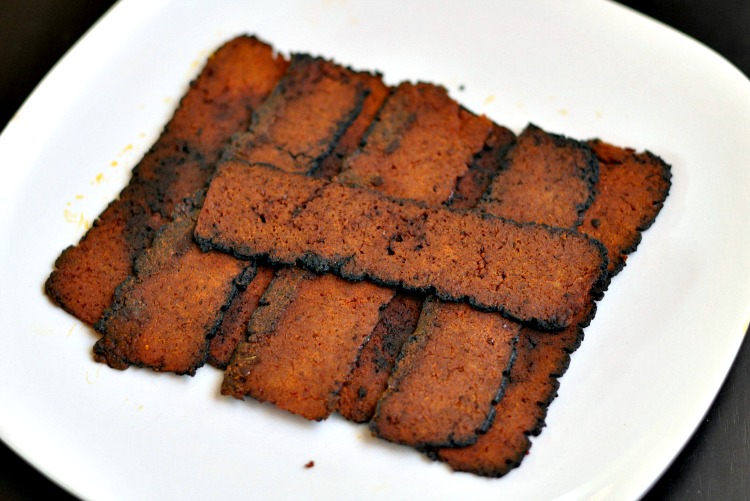 Reports from the culinary world have found that vegan bacon is a total waste of fucking time for everyone who has been in any way affected by it.

Brian Jennings, who has been married to a vegan for the past three years, claims to have nearly “puked his ring” when his wife tried to feed him vegan bacon for breakfast last weekend.

“What the fuck is that shit all about?” he asked furiously. “I’m not some sort of carnivore caveman, if she doesn’t want to eat bacon I’m happy enough with that, I’ll gladly have my bacon sandwiches in secret, in my car, when I nip out to buy the paper, she could have given me anything else, sausages, eggs, pudding, she didn’t have to go down the vegan bacon route. I’ve never felt so betrayed in all of my life.”

“Honestly, it tasted like someone rubbed a piece of leather on a dirty frying pan, it was fucking disgusting, even just thinking about it now is making me want to puke my guts up,” continued Jennings. “I don’t get it, it’s basically the methadone of the meat world, except methadone is probably nice, while this shit is rotten.”

“If my wife tries to pull something like that again she might find herself on the wrong end of a divorce,” he said menacingly. “She wasn’t a vegan when we got married and my vows said ‘in sickness and in health, until death do us part’ but it didn’t mention anything about going vegan, I’m telling you, I’ll fucking do it.”

“I make all of my vegan bacon using rice paper, which gives you the crispiest and baconiest alternative to animal flesh around,” explained Donal, who claims that cauliflower rice is the greatest invention since sliced tofu. “I guarantee you that three out of every four vegans, who’ve never tasted actual bacon before, won’t be able to tell the difference, it really is that good.”

Official reports suggest that, in reality, everyone who tastes vegan bacon can tell the difference between it and real bacon, because it tastes like absolute shit.