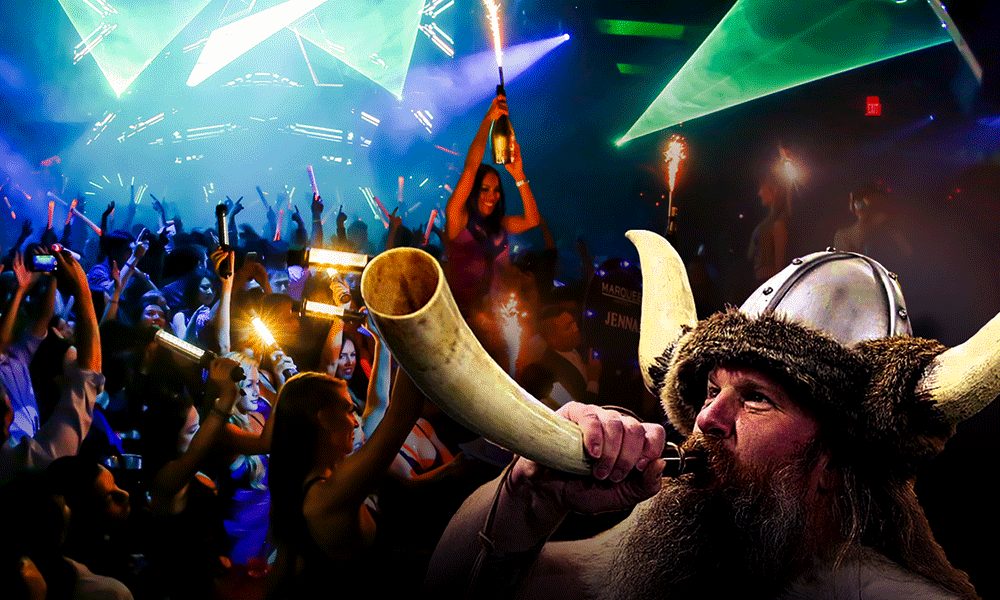 A Viking has reportedly been removed from the VIP area of Secret Solstice Festival after getting his horn out in public.

Security guards were called to the VIP area after the Viking, who likes techno but prefers house, was accused of lewd behavior by other VIPs and was quickly escorted to the general admission area of the festival.

“We can’t just be letting people get their horns out willy-nilly, we’re not in Sweden for fuck’s sake,” claimed chief of security Einar Olafsson. “Especially not a horn like that, it was huge and I think some of the other VIPs were feeling a little inadequate around it, I had no choice but to put him out with the general public.”

“We’re an equal opportunities festival and we feel that everyone should have the opportunity to enjoy themselves in whatever way they want while here, within reason obviously,” continued the security guard. “If that’s getting your horn out then so be it, just don’t go sticking it in other people’s faces or we’ll have to get involved.”

According to American house DJ Seth Troxler, the security guards’ actions were completely uncalled for and a blatant abuse of power.

“That whole incident was so uncool,” Troxler told Wunderground earlier. “What’s wrong with getting your horn out? Jesus, if I had a horn like that I’d have it out all of the time but, unfortunately, I’m not a Viking and I tend to drink my beer out of a regular glass. If I had have had more balls I would have asked for a shot of his horn but it wasn’t to be.”

According to sources close to the Viking, despite looking angry and intimidating, he was not upset by his removal from the VIP area and decided to enjoy the rest of the festival, watching acts like The Prodigy, Kerri Chandler and Dubfire, rather than going on a murderous rampage for the rest of the weekend.