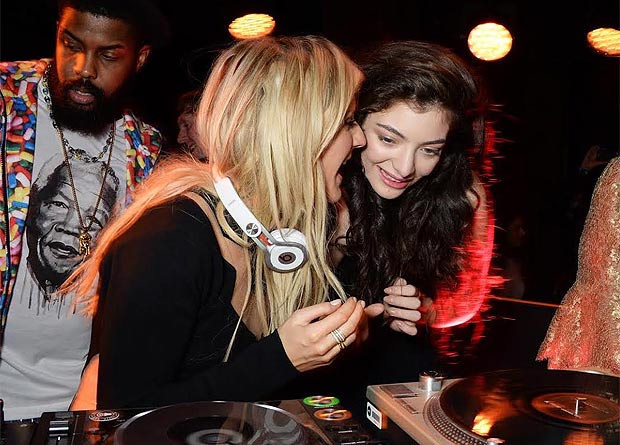 Beats By Dre have today issued a recall and customer warning on a batch of their popular headphones which they claim are turning “ordinary hard working people” into “shiftless, wannabe DJs” almost over night.

The popular headphones, seen here being worn by diamond studded man L’il Wayne, were reportedly causing people who had no business of pursuing a career as a DJ to transform into poser wannabes within a few hours of using the headphones.

Beats by Dre have claimed that some of the symptoms that indicate that a headphone user is becoming a wannabe DJ consist of “wearing them casually around the neck at all times and noticeably nodding your head or tapping your seat on public transport like you own the fucking world”.

Katie Douglas, a 32 year old mother of one, bought a pair of Beats by Dre for her insurance salesman husband, Carl Douglas, for his birthday and claims that the changes that have come over Carl since he began using the headphones have been dramatic.

“Well Carl commutes by train so I thought that a good pair of noise excluding headphones would make a great gift so that he could listen to music without hearing the noise of the engines, or the heroin addicts banging up,” explained Katie. “But rather than just using the headphones during his commute they’re constantly dangling from his neck throughout the day, even in bed.”

“One evening he was cooking a carbonara and listening to Alain De Botton’s weekly podcast through the headphones when suddenly he started dancing around manically and fist-pumping, while unnecessarily making minor adjustments to the temperature knobs and vigorously stirring first the right saucepan and then the left one,” explained a worried Katie. “All the while he was doing this, he was holding either the left or the right headphone to his ear depending on which pan he was stirring.”

A weeping Katie claims that this strange behaviour was a result of him “cooking in the style of a DJ” and went on for two whole hours, after which time Carl took off the headphones and applauded the wall above the stove, never once noticing the badly burnt carbonara sauce.

Speaking to Carl, Wunderground discovered that the 35 year old salesman has finally recognised he has a problem with thinking he’s a DJ and has admitted himself to psychiatric evaluation and “had the headphones destroyed”.

“I wasn’t into dance music before Katie bought me the headphones and never had any urge whatsoever to be a DJ. In fact I thought dance music and drug culture was a scourge on the country and would have welcomed its demise,” explained Carl, who says that before he had an uncontrollable urge to become a DJ his hobbies included motorbikes, Jeremy Clarkson and Ploughman’s cheese sandwiches.

The dance music hating Carl, who insists he’s the sort of man who confidently makes mildly racist jokes without even looking around to check who is listening, claims that he sought professional help after waking himself up at night babbling strange meaningless words like “pitch, sync and pioneer”.

Carl And Katie insist they are happier now without Beats by Dre in their lives and that they plan to sue the company for the ordeal that they’ve had to undergo.