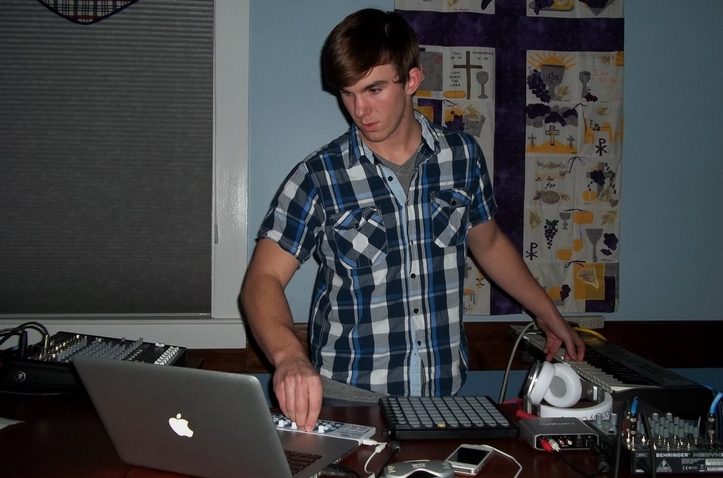 Brian Heffernan, a.k.a. DJ Heffin on Earth, is rumoured to have made “the ultimate mix” during an extended late night mixing session with close friend Paul Bryson.

Wunderground spoke to Bryson earlier today, “Brian is easily the greatest DJ in the world. Sure, he’s never actually played a gig or anything like that but that’s mostly down to the fact that he’s a totally awkward social retard but, believe me, he’s a much bigger nerd, and put in more hours, than any other DJs out there and he can mix absolutely anything.”

“Just the other night, we were having a jam in his pit, it’s actually just his bedroom, when he managed to perfectly mix Lil Louis’s French Kiss, on vinyl, with Facebook’s latest algorithm,” James continued. “I consider myself a pretty good DJ, I know my way around a set of decks but, honestly, I haven’t got a fucking clue how Brian does half of the shit he does.”

“He’s like a young Hot Since 82, a Hot Since 92 if you will, only without the looks, the charisma and the ability to talk to members of the opposite sex,” he explained. “It’s funny really, this latest mix, as amazing as it is, is the closest Brian’s ever come, and is likely to ever get, to a French kiss in his entire life.”

According to Facebook’s founder, and fellow awkward nerd, Mark Zuckerberg, Facebook’s algorithm, is so advanced that it is compatible with almost any track in the world.

“First of all, I’d like to say congratulations to Brian on successfully mixing our algorithm,” Zuckerberg told us. “It’s extremely difficult to access so I’d imagine he’s probably a super programmer or a mega-dork, either way, if he ever wants a job with us our door is always open.”

“Once he discovered the algorithm, I’m sure he found it easy to mix. It’s so complex, that it actually syncs up incredibly easy with pretty much any other kind of rhythm imaginable. So when it comes to a four-four beat, it practically mixes itself.”

According to reports, Facebook’s algorithm is so easy to mix with, even Steve Aoki would be able to use it in his sets.