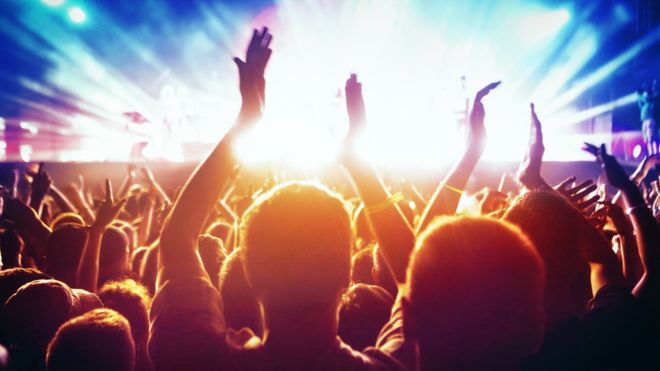 A shocking reports from the music industry has claimed that all festivals are now booked by the same person.

Sources within the festival circuit have revealed that a “powerful global conglomerate” have been controlling festival lineups for the last two decades.

“Have you ever wondered why all festivals seem to have practically the exact same lineups?” an anonymous industry insider asked earlier today. “It’s no coincidence, the reason they all seem so similar is because they’re all booked by the same person. It’s been happening for years.”

“When you buy a ticket to a festival, you’re really just paying a massive corporation to control what you’re listening to,” continued the source, who was starting to sound like a conspiracy theorist. “Not only are they controlling the music you listen to, they’re also controlling what you eat and drink, how you spend your money and even how much sleep you get.”

“They’re not festivals at all, they’re basically just mind control camps and you’re paying for the privilege to attend them,” he continued with a manic look in his eye. “So, next time you go to a festival and come home thinking the world is round, ask yourself these simple questions; who really shot JFK? Who blew up the twin towers? Are chemtrails controlling your thoughts? Is Donald Trump a lizard? And why is Richie Hawtin headlining every festival in the world?”

At this point, on the grounds of our source being a complete fucking lunatic, Wunderground decided to end the interview, and instead chose to talk to some random lady we met on the street.

“Yeah, I have been thinking that all festivals lineups are a bit same-same,” she told us. “I suppose it’s just popular acts that sell tickets, it isn’t half boring though, I like small boutique festivals, I  wouldn’t even go to one of those big ones if the tickets were free.”

Wunderground later proved the lady wrong by offering her free tickets to a big festival, which she happily accepted.