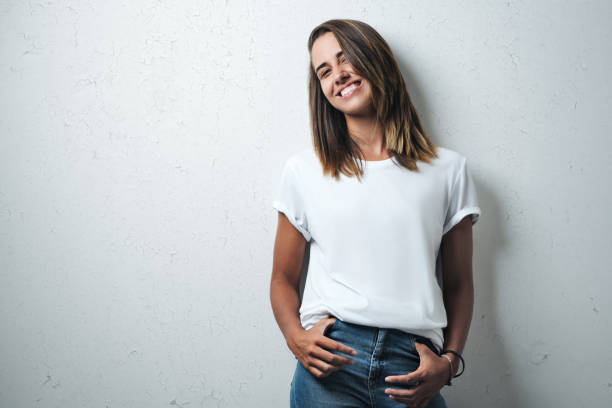 A techno fan is to be given a full mental assessment after she were spotted buying a plain white t-shirt last weekend.

Alarms were raised after Martha Schnauzer, an art student based in Berlin, was spotted buying the non-black t-shirt in a department store on Saturday morning.

Friends of Miss Schnauzer are said to be “beside themselves with worry” after shocking images of the twenty three year old wearing the white garment appeared on social media.

“It’s just so out of character for Martha,” claimed close pal Jess. “I’ve known her for five years now and I’ve never seen her wear anything that wasn’t black, she’s one of the cool guys, you know, we just don’t wear anything that isn’t black. I’ve got an awful feeling that something terrible has happened.”

“First of all, she was seen with a white t-shirt and then she didn’t show up at Berghain at all, for the entire weekend,” Jess explained. “You can’t help but have the worst-case scenarios rushing through your head. I really think she needs help and I hope it’s not already too late for her to get it.”

According to doctors, techno fans often have “moments of weakness” which lead them to do things that are totally out of character, like wearing colours or loose fitting jeans, smoking conventional cigarettes instead of rollies or listening to music under 128BPM.

“It’s totally normal, she’ll probably be fine in a day or two,” one underqualified expert claimed. “As long as she doesn’t start settling down, getting a regular job, committing to a long term relationship or applying for a bank loan, she should be back listening to techno and wearing black in a week or two.”

Reports suggest that Martha later turned out to be completely fine, having only bought the white t-shirt to wear while upcycling some furniture she found in a skip, more on this as we get it.