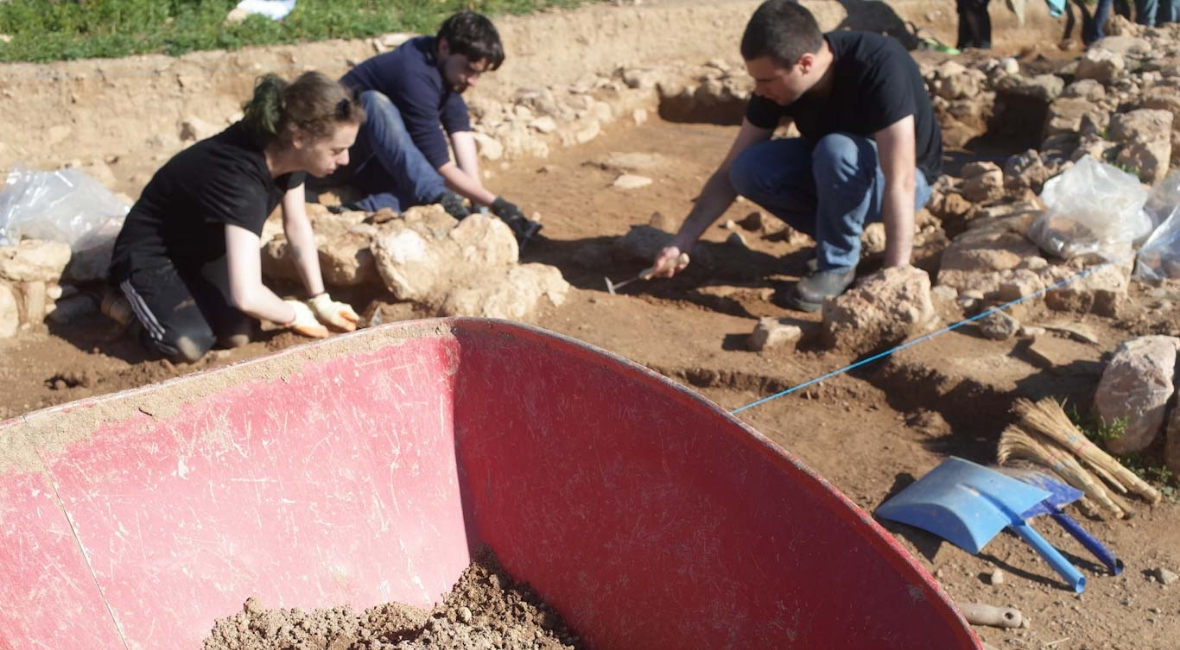 elrow Town Upgraded To City After Getting Inflatable Cathedral

In recent news, a group of Oxford archeology students have discovered the oldest recorded version of gabber.

The class were astounded to hear the distorted sounds of a pitch-shifted bass blaring from a mound of dirt in a “slightly dodgy” car park between McDonald’s and Aldi today in Hull.

A previous find on the same site, a “partially fossilised baggie” discovered by a parking warden, has been furthered by this revelation. Now, fifteen years on from that incident and after several petitions from concerned residents, a full-scale excavation of the area was warranted.

Despite the best wishes of Austrian born lead archeologist, Maximilian Baumgartner, the team of debt-riddled academics kept digging in the hopes of unearthing the noise.

Three feet down, knee-deep in the cold soils of Hull on what was supposed to be an excavation of a sixth-century Saxon burial ground; fuelled by “Redbull, chip butties and excitement for the unknown”, archaeologists broke through to the source of the mystifying audio.

Amongst the ruins of a late 90’s nightclub, hidden under four layers of solidified garbage and plastic shot glasses, embedded in the cold dead fist of a calcified promoter from Slough, archeologists discovered a battered Walkman emitting the archaic sounds of a homebrew gabber mixtape.

Maximilian, renowned for his 1998 discovery of a “Pret” in Ancient China, told Wunderground, “We’re all mortified, we were hoping to find a few Saxon urns, or at the very least a handful of partially expired acid tabs,” before reluctantly admitting, “I think my cousin used to listen to this shit”.

Oxford dig team member, foreign exchange student and Spotify subscription purchaser, Benedict Geiger, was reported to have said, “This is way worse than anything we were expecting. It’s as if an amateur producer, off their tits on cocaine, shared an unmixed Audacity file on their Discord server and it became a genre. My six year old brother has a kick drum, ADHD and a copy of GarageBand on his iPad, I’d honestly be ashamed if he made something like this.”

Hesitant to have his legacy besmirched and be forever branded as “The man who rediscovered gabber”, Maximilian allegedly ordered the archeologists to burn the evidence, rebury the excavation site and pretend the whole thing never happened. Stating, “It’s vital the world never knows of the horrors we witnessed here today! To be unaware of gabber’s existence is to know true bliss.”