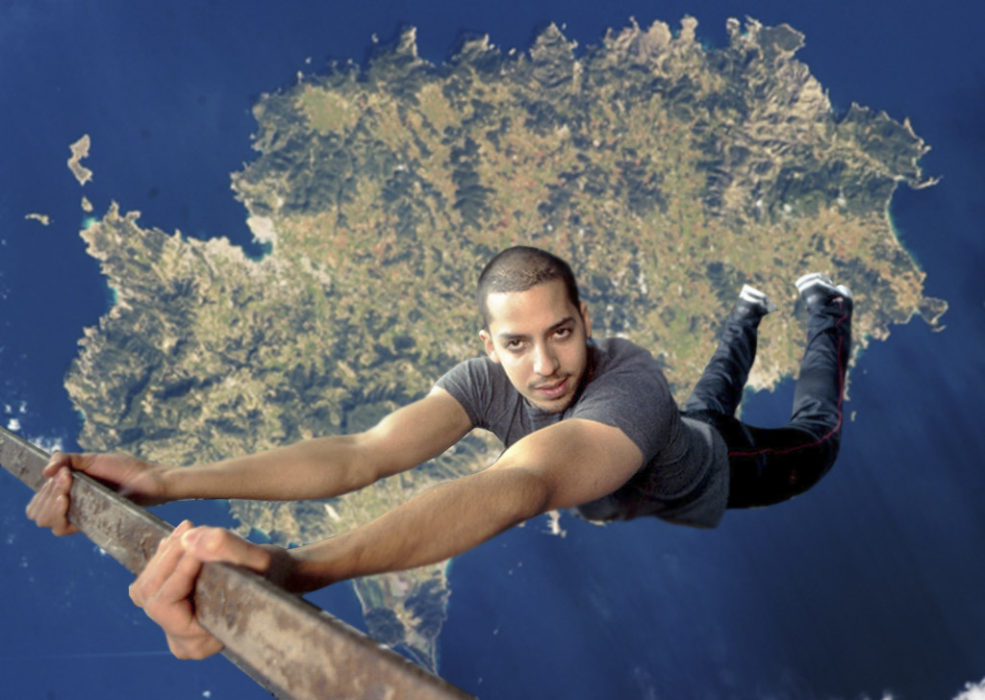 The American magician, illusionist and lanky-string-of-shit, David Blaine, has announced that for his next trick he will attempt the impossible and will try to get a full 8 hours sleep in Ibiza, despite many industry insiders claiming it’s a step too far and can’t be done.

David, best known for his stunt in 2003 when he was was suspended over the Thames in a phone box for a month with nothing but a crate of dutch gold, a few yazoo’s and a 7 ounce bag of sniff for sustenance, took a few minutes away from from shooting himself in the face to talk to Wunderground this morning.

“Us Americans are experts at going overseas and acting the acting the bollox when we’re not wanted.”

“So for my next outrageous feat of body-defying magic, I’m going to be the first person on earth to get a full night’s sleep in Ibiza.”

“Trust me when I say, there will be no tricks here. What you see will be real. I’ll most likely be down in Ocean Beach snorting coke off dirty randomers flat chests all day long.”

“I’ll then drink my own bodyweight in Sketamine cocktails on the West End and I’ll be double and treble dropping so quickly after getting off the plane I’ll most likely swallow the dealer’s hand while I’m at it.”

“But that’s okay, I’m an expert at regurgitating people’s hands.”

“Especially after a double drop.”

“I’ll spend a couple of hours raging my black socks off and rolling on molly, most likely at Do Not Sleep or some other event until they kick me out for being a prick, when tends to happen when I’m overseas, or when I’m at home. I’ll then head back to my hotel around 1am, straight into my PJ’s and then off to sleep for what will go down in history as the world’s greatest magic trick ever!”

“Unless I bump into somebody of course, of make friends. Or if the club is good I might hang around for a little while, not too late though. Once I’m tucked up in bed for at least 6 I can still squeeze in a few hours before the airport.”

“I mean, I’ll probably have a proper party at some stage, but not on the first night…”

“I’m gonna take it easy on the first night!”

David will be getting kicked out of Do Not Sleep at Ministry on March 11th, to see for yourself, click here.