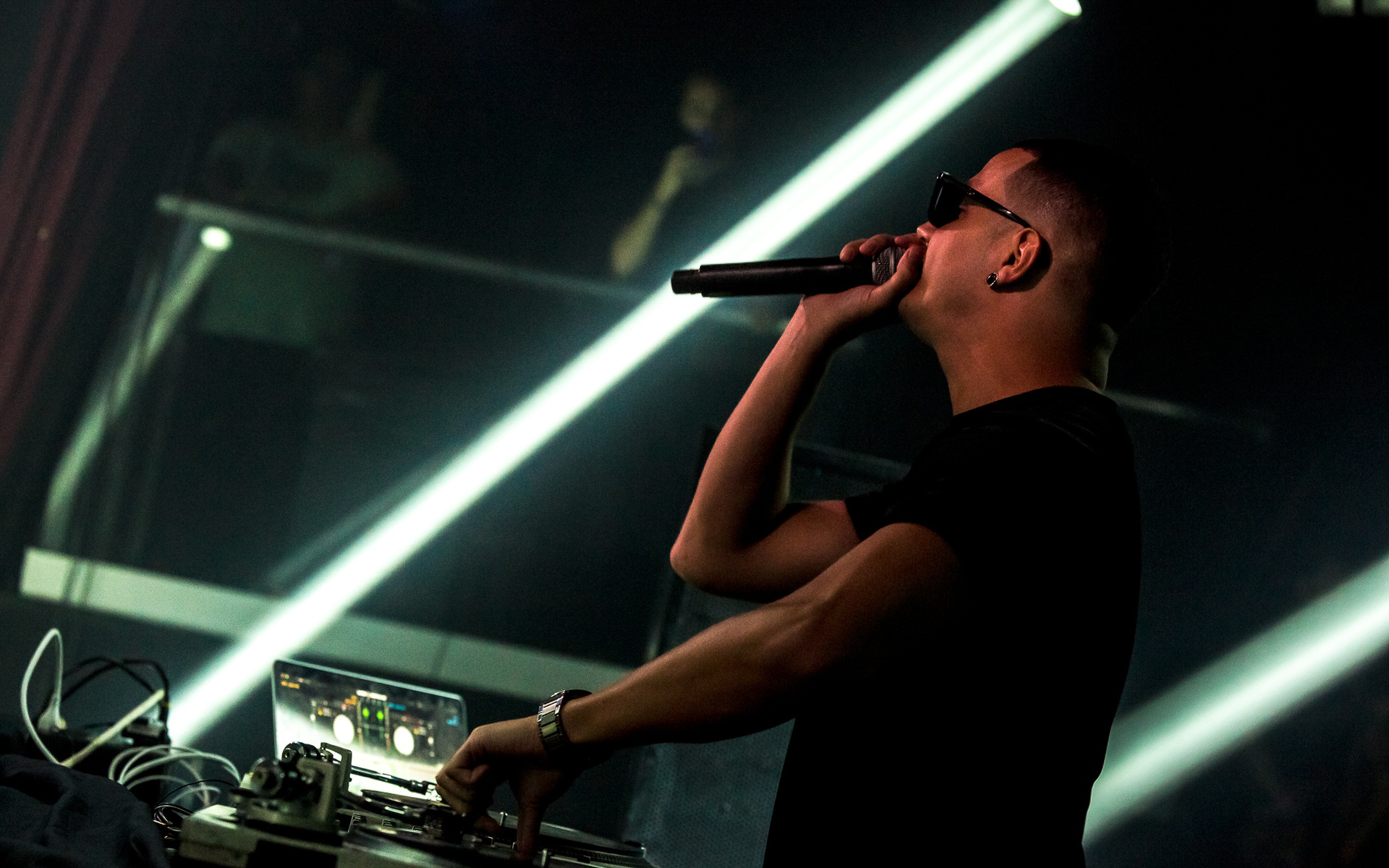 Weird Guy Spotted In Every Photo Of DJ Actually The Promoter

A popular DJ has admitted that he “doesn’t give a fuck” whether or not his fans put their hands up in the air while partying at his shows.

Speaking with Wunderground earlier, the DJ admitted that he only asks people to put their hands in the air so he has something to say, but revealed it makes little difference to him if anyone follows his instructions.

“I don’t really have time to be thinking of things to say when I’m up there in the decks,” he explained. “I’ve got too much going on already, what with mixing tracks, taking ket, drinking my rider and updating Instagram, so I just kind of go into autopilot whenever the mic is in my hands  and, more often than not, ’put your hands in the air’ comes out of my mouth.”

“It’s not like my fee is decided by how many people put their hands up in the air,” the DJ claimed. “If that was the case I’d have to rethink my whole set and actually try to make people enjoy themselves rather than just showing up and collecting a cheque.”

“Really, I couldn’t give a fuck whether or not anyone actually does it,” he continued dismissively. “I hardly even notice the crowd most of the time if I’m being honest with you. I mean, I know they’re there, I can hear them, but I just kind of block everything that’s going on outside of the DJ box out of my mind and imagine I’m at the center of the universe.”

“That way, I never have to face the reality of the crowd not really enjoying themselves or me losing the energy in the room,” he said with a smile. “In all my fifteen years DJing, I’ve never had a bad gig, I’m not saying the crowd has enjoyed them all, but I have and that’s really all I’m worried about.”

“Sometimes I’ll say things like ‘let me hear you scream’ or ‘everybody jump’ too but it’s all just fluff,” he admitted. “There was one time where I totally forgot where I was and what I was doing and started singing a Taylor Swift song during my set. Luckily, the drugs wore off and I realised before it was too late.”

In related news, an armed robber was mistaken for a DJ after telling a crowd of people in a busy bar to put their hands in the air, the criminal was then given a bottle of grey goose vodka and a VIP booth before staff realised the balaclava he was wearing was a disguise and not a clever marketing stunt.