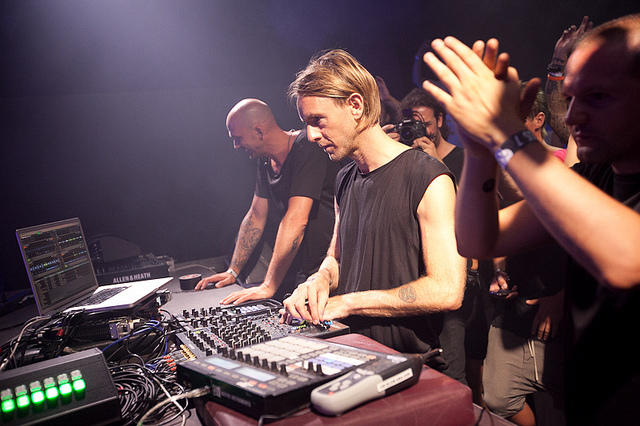 A leading dance music festival has announced that this year’s lineup will consist of ninety-eight white guys, dressed in black and playing each other’s songs.

Organisers have claimed that this year’s lineup is “groundbreaking” and raising the bar for all other festival lineups.

“This is definitely going to be the biggest lineup we’ve ever put together,” explained a festival spokesperson.

“We’ve got ninety-eight white guys, dressed in black, playing each other’s songs, what more could you possibly want?”

“It’s so good that a few of our board members have had to go to the hospital after injuring themselves patting each other on their backs.”

However, according to a regular female festival goer, the lineup for this year’s festival is “exactly the fucking same as every other festival”.

“What an absolute crock of shit,” she claimed earlier. “Ninety-eight guys, surprise surprise, I’d rather poke my eyes out with needles than go to another festival like this.”

Reports from within the music industry suggest that one in four Americans, under the age of twenty-one, believe that it is impossible for anyone who isn’t white and male to DJ.