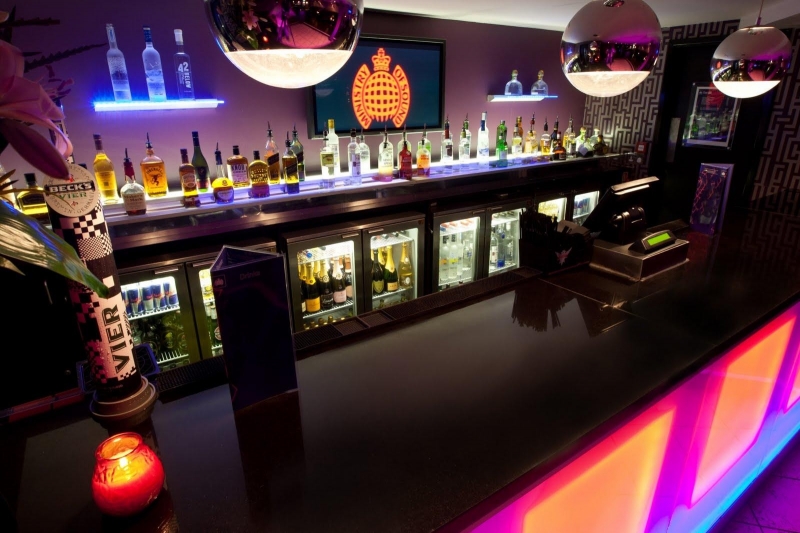 Ghost With Fake ID Worried Bouncer Will See Right Through Him

London’s Ministry of Sound nightclub have today advised all of their customers that they will not be serving spirits at this year’s Halloween party.

The news has sent shockwaves through Britain’s supernatural community, many of whom have been attending Ministry of Sound’s annual Halloween bash since it was first hosted by Jack the Ripper in 1888.

“Boooooooo!” said one disgruntled ghost. “Where the fuck am I supposed to do on Halloween now? Go to another club? I don’t fucking think so. Ministry of Sound always has the best parties at Halloween and they’ve always been spirit friendly, the club’s on Gaunt Street for fuck sake, if that doesn’t scream ‘Ghost!’ I don’t know what does.”

“If I had any physical form, this news would make me feel physically sick,” claimed the ghoul. “I’m almost ten thousand years old, I’ve lived through plagues, wars, famines and just about every other catastrophe you can imagine and I can safely say, this is the most upset I’ve ever been.”

“We’ll see about this,” claimed the spirit defiantly. “Let’s just put it this way, I’ve tormented families for decades for less than that. Tech house? More like haunted fucking house, you get me fam?”

“It’s great news, nightclubs just aren’t suitable for spirits,” claimed a clearly happy Denise. “The last time we played a gig with ghosts was a total disaster, there were two of them and they were small and blue, we don’t know what they did to us but we woke up three days later in a ditch and we haven’t been asked to play another bat mitzvah since.”

If you would like the chance to enjoy some spirit free clubbing this Halloween, click here for tickets.