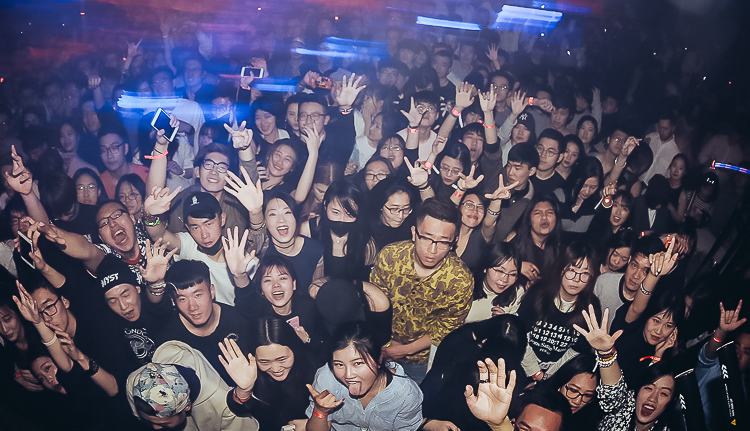 A promoter is reportedly the only person in a local nightclub who is enjoying the night, which he completely oversold.

Barry Greaves, known locally as a greedy cunt, is believed to be relaxing in the spacious backroom, while all of the clubbers are having a much less enjoyable time crammed into the overcrowded dancefloor.

“This is what it’s all about,” Greaves said smugly while sitting alone with his feet up on a table full of ice cold drinks. “Me sitting back here, in the VIP area, with the club absolutely rammed to the rafters. All I have to worry about now, is where I’m going on my holidays next week, I’m thinking somewhere nice, like the Carribean.”

“I’ve made so much money from this one gig, I won’t have to work again this year if I don’t want to,” continued Greaves, who is believed to have once given serious consideration to an offer of twelve cammels for his mother while on holidays in Morocco in 2013. “Obviously I will want to, you can never have enough money, but that’s not the point, the point is, I’m bloody rich mate”

According to one clubber who left the event early because it was “totally poxy”, everything about the show was great, apart from the organisation and overcrowding.

“That was a real let down of a gig,” the disheartened clubber claimed shortly after leaving the venue. “I was really enjoying it at first, the club is great, the staff were great, the sound was great, the DJ was great, even the crowd was great, the only problem was there were far too many of us in there, there’s nothing like a greedy prick of a promoter to ruin everyone’s buzz”

“You kinda know when a club is full,” continued our source. “Like when a venue is rammed, but comfortably rammed, that’s peak clubbing, but once it goes beyond that it just becomes a fucking hassle. That’s what happened tonight, I haven’t seen that many people squeezed into such a small space since I went to Gregg’s in Doncaster and they were doing two for one sausage rolls.”

“I’ve wanted to see that DJ for ages but I decided to call it a night fairly early, it’s alright though, looking at how busy it was in there tonight he’ll be back every two weeks until the people around here have finally had enough of him.”