A recent article in Genetics Weekly, a little known magazine set in the murky world of genetics, has revealed that sound engineers may, in fact, be incapable of smiling.

Dr Paul Bonapart, one of the world’s least influential geneticists, claims that the lack of a smile on a sound engineer’s face may be down to their DNA and not because they’re all grumpy cunts, as is commonly believed.

“The more we look at sound engineers, the more complex and astonishing they become,” Bonapart told Wunderground earlier this week. “And to think, for years we disregarded these guys as miserable, moany arseholes when, in fact, they are a completely unique human subspecies.”

“Don’t get me wrong, they are still miserable, moany arseholes but now we know that they aren’t choosing to be that way, they’re born like that,” claimed the geneticists. “Effectively, they’re mutants, only instead of getting something cool like telepathic powers, super-human strength or some sort of magic shit, they’re just grumpy pricks.”

“If we look closely at a sound engineers DNA, we can clearly see they have about fifteen extra Y-chromosomes to normal people,” claimed Bonapart. “This mutation, now known as genes soundis engineerous, has a direct impact on two areas of the sound engineer’s brains, the part which makes a good mood and the part that controls the muscles needed to smile.”

“So, the next time you’re out and you see a sound engineer being a narky prick, remember this, he’s not just a grumpy ogre, he’s actually a freak.”

In related news, it has also been confirmed that DJs and genetically incapable of listening to instructions, resulting in the “ultimate cluster fuck” when they come into contact with sound engineers. 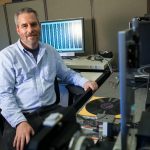 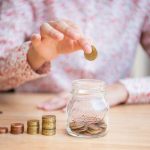