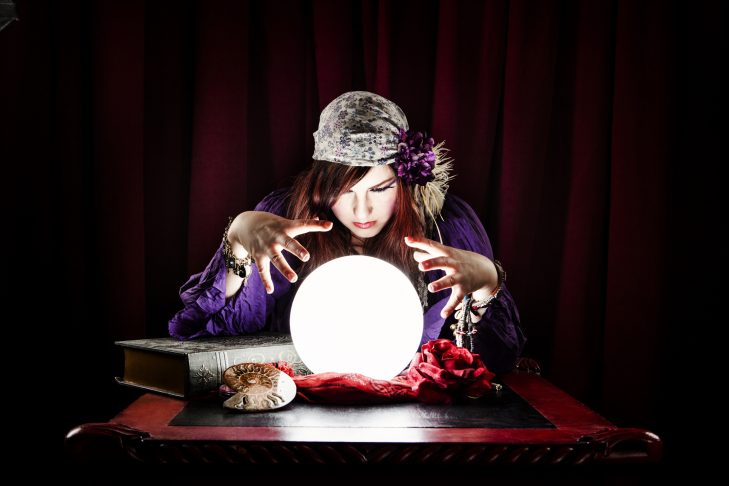 DJs all over the world have reportedly turned to clairvoyants in an attempt to find promoters at the end of the night.

According to reports, promoters are rarer than a “dodo riding on the back of a woolly mammoth” at closing time, often resulting in DJs having to leave venues without being paid.

However, the recruitment of clairvoyants in recent months has led to an almost 50% increase in DJs getting paid on time.

One resident DJ spoke to Wunderground earlier, “If I could add up all of the time I’ve spent looking for promoters in nightclubs at the end of a night, I’d have almost enough time to listen one of those Italian lads’ extra long sets, only I wouldn’t, I’d do something more exciting with it, like paint my garage, or cut the grass.”

“But, what I’m trying to say is, they always go missing, I’ve been playing in the same club for almost five years now,” continued the DJ. “The promoter is actually one of my best friends, and my housemate, but he still goes missing every time and I’m left looking for the prick.”

“Even though we live together, I still don’t find him until much later in the week and even then, I’m lucky to get paid within the month because ‘he’s already lodged the cash’ or whatever,” explained our source. “The only way I can ever get paid on time is by getting him on the night and, up until recently that just wasn’t possible.”

“But thankfully now, thanks to Weird Walda, my local clairvoyant, I always know where he is at the end of the night,” he said happily. “Funnily enough, nine times out of ten, I’ve found him hiding in the bogs.”

Wunderground sources have claimed that this is not the first crossover between clubbing and the supernatural after it was confirmed that Ten Walls had been using a dead relative from the 1800s to manage his social media accounts.