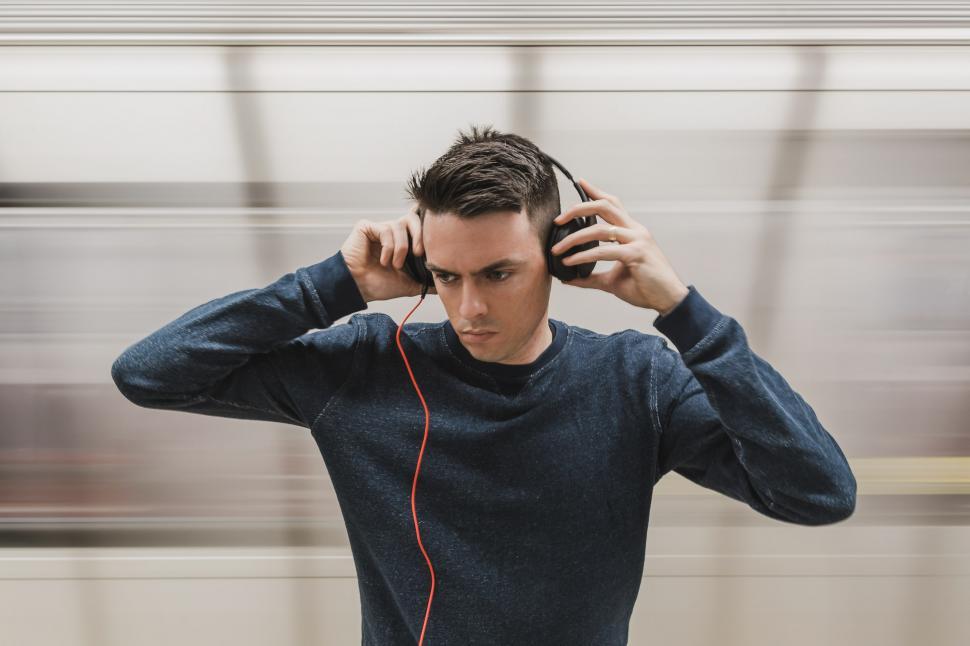 An opening DJ is hopeful of borrowing a set of headphones to perform his set as he hasn’t yet managed to buy himself a set good enough to use while playing out.

Mark Jones, who goes by the alias MRK JNS, a name he got by removing all of the vowels from his actual name, something that has never been done in dance music before, ever, is making his DJing debut this evening at his local student night.

Excited about the night to come, Jones spoke to Wunderground, “I’ve been waiting for this moment for my entire adult life,” the nineteen year old told us. “It still kind of feels like a dream, I can’t actually believe that I’m going to be DJing out tonight, I’ve been checking the confirmation email every two minutes for the last week to make sure it’s real and I didn’t just dream it.”

“I was planning on buying a set today, I’d even budgeted £20 to buy them with, but when I got to the shop I realised that there way more expensive than I thought,” the DJ admitted. “So, I decided to wait and just hope that someone will have a lend of a pair to give me at the gig later on.”

“I’m playing at ten o’clock so I’ll probably head down around seven, to make sure I’ve got time to ask some of the other DJs if they’ll lend me their stuff,” he said hopefully. “I’m sure they’ll all be down nice and early to see what way the crowd are reacting to the warmup set but I’ll bring my earphones just in case I can’t get any.”

Reports suggest that Mr Jones is highly unlikely to get a lend of headphones at the venue, however, it is unlikely to make any difference to the crowd, which will be mostly made up of students, who are more interested in cheap drinks than music.