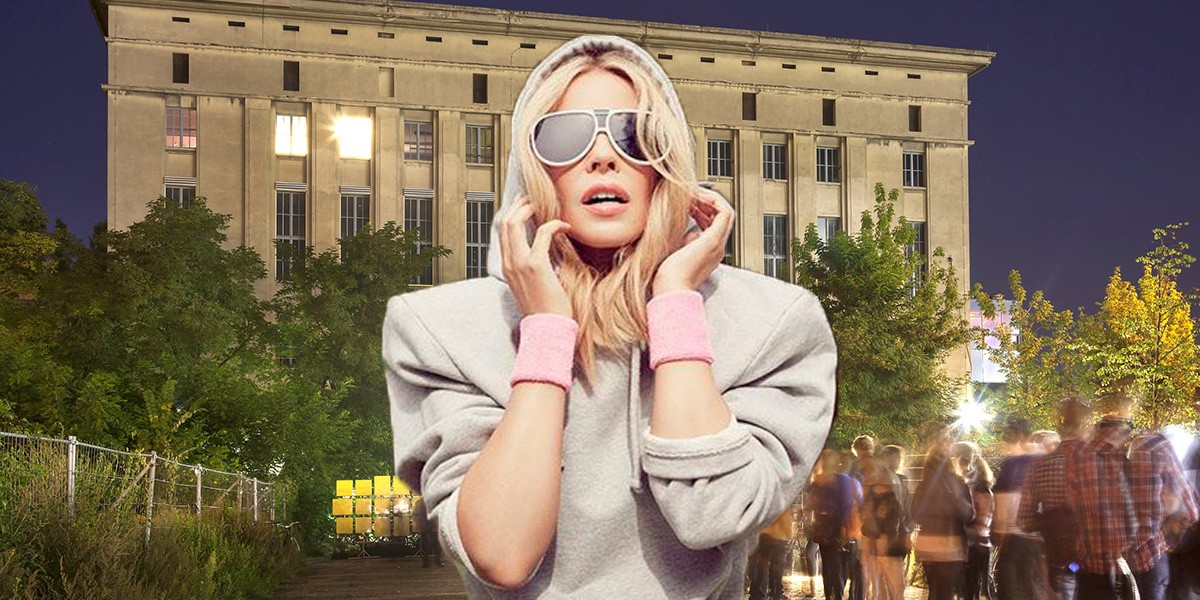 Some Bloke No One Knows Now A Massive DJ

A Berlin based Kylie Minogue fan has admitted that it will take “all of his luck” to gain entry to her upcoming show in the city’s most elusive nightclub, Berghain.

Franz Klinkenberger, a part time gimp, claims he has always wanted to go to Berghain but a deep rooted fear of electronic music has stopped him from visiting the club.

“I’m really hoping to get into Berghain to see Kylie,” Franz, a.k.a. Corner Bitch, told us earlier. “By nature, I’m quite a nervous person, that’s why I usually hide behind a PVC gimp suit in most of my social encounters, but I’m willing to come out of my skin to see her. She’s a real inspiration for me.”

“Berghain is such a daunting place,” explained Franz.. “I’ve always wanted to go but the music totally freaks me out. I also don’t think I could handle the rejection if I was refused at the door and seen as most people that try to get in are sent packing, I’ve just never bothered trying.”

“The opportunity to see Kylie only comes around every so often, the last time she played here I was locked in a box for three days as a punishment and I missed the show, so I think I’m finally ready to take the plunge and get into the Berghain queue,” he continued. “I’ll be knocking two items off my bucket list in one go. Just like the day I got myself a pet gerbil and then inserted it into my anus.”

One Berghain insider claimed the security will be operating a “slightly relaxed door policy” and will allow “almost 15%” of the people who show up into the club.

“We’ve decided that for this show, we’ll be less discriminatory on the door,” the unnamed source confirmed. “Instead of letting every eighth person in, we’ll let every seventh person so it’s probably going to be one of the busiest nights the club has ever seen.”

According to experts, the best way to get into Berghain to see Kylie Minogue is by buying “eight or nine tickets”, keeping a cool exterior by channeling your flamboyance inward, avoiding eye contact at all times and wearing an expression on your face that says “I might want to be here but I’m not really bothered if you don’t let me in”.