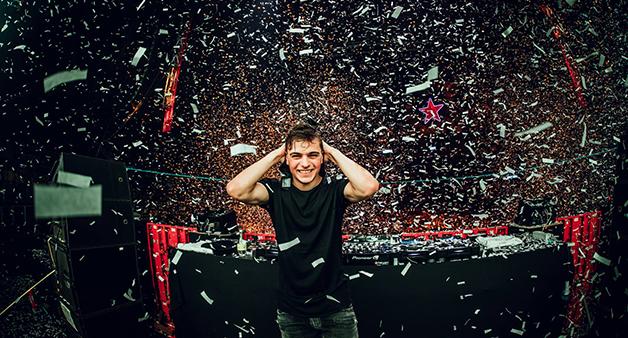 More Coke Sniffed At Weddings Than Raves In 2016

The recently crowned king of the DJMag Top 100 DJs poll, Martin Garrix, has promised to master the art of beatmatching after being named as the world’s greatest DJ.

Garrix beat off stiff competition, from the likes of Dimitri Vegas & Like Mike, Steve Aoki and Hardwell, to take the top spot and now believes he “owes it to his fans” to become an actual DJ.

“I really don’t know what to say right now,” claimed Garrix shortly after last night’s DJ Mag ceremony in Amsterdam. “It’s such an amazing feeling to have been voted the world’s number one DJ, by people who have no idea what DJing is, but it’s also a little weird because there is still so much about DJing that I don’t really know.”

“I’m good at all the important bits, like starting the music, putting my hands in the air, getting my hair styled and hanging out with Justin Bieber,” explained the superstar DJ, “but I’m not so good at some of the other bits, like selecting the tracks, beatmatching and mixing, so now that I’m the greatest DJ in the world I’ve decided to learn how to do all of those things.”

Wunderground also spoke to the the world’s seventy fourth best DJ, Carl Cox, to find out what he thinks of Garrix’s decision to learn to beatmatch, “Martin who?” he asked us. “Never heard of him. If he can’t beatmatch he’s not a DJ, end of.”

According to reports, seventy five percent of DJs who made this year’s DJ Mag Top 100 are yet to master beatmatching, with a further ten percent not even sure how to turn the CDJs on.