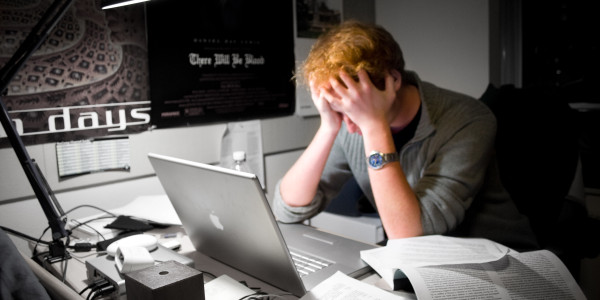 An electronic music producer has found it almost impossible to get a track signed despite the fact that he owns the label he has been sending his demos to.

James Callaghan, a.k.a Jamie C, claims that he setup the label Jam Cal Records to give himself a platform to launch his music but, as of yet, the label has not had a single release.

“I never thought there would be so much work involved with owning and running a label,” Callaghan explained to Wunderground earlier. “I’m the Label Manager, Head of A&R, the Label President and the Vice President, Head of Marketing, Legal, Royalties, Graphic Designer and any other job you can think off. All that and I’m still doing my nine to five and finding time to DJ and produce. There just aren’t enough minutes in the day.”

“Honestly, I thought that once I got the label off the ground I’d be putting music out left, right and center but that just hasn’t been the case at all, I still haven’t had a single release from myself or anyone else, it’s not for the want of trying either, it’s just all of the demos I’ve been sent have been pretty shit.”

“With my own music, I’m making it and it’s sounding pretty alright. Then, I finish the track, master it and email it into the label but when I finally get around to opening the email and listening to it, it sounds totally rubbish,” he continued. “I can’t get my head around it. I keep telling myself that the email must be affecting the quality of the track but what if I’m wrong and I’m actually just shit producer.”

“I really don’t think I could handle that kind of rejection, so I haven’t even been replying to any of my emails with feedback, I’m just not sure what to tell myself and my old mum used to say ‘if you’ve got nothing good to say, say nothing at all’ so, for now, I’ll just have to keep plugging away with the tracks and hope I eventually come up with something decent.”

Paul Durkin, a friend of Callaghan’s and A&R Manager for another small independent label, claims that his friend just isn’t cut out for production and believes he will eventually give up on his dreams.

“He’s terrible,” confirmed Durkin. “I used to get three or four demos off him every month. I got so sick of them that I told him to set up his own label just so I wouldn’t have to hear them anymore. Now that he’s sending them to himself he’s sure to realise how bad they are. Hopefully, it’s not too hard on him.”